Hillcrest Mine lies derelict on the flank of Turtle Mountain in Crowsnest Pass, Alberta, Canada.

All weather forecasts for the Crowsnest Pass area are good.  None agree and all are wrong.  Winter weather of previous days does not clear as predicted.

Crowsnest Pass is buried in a recent 16 inch (41 cm) snowfall and the unexpected extension of the current cold trend is slowing the snow's departure. 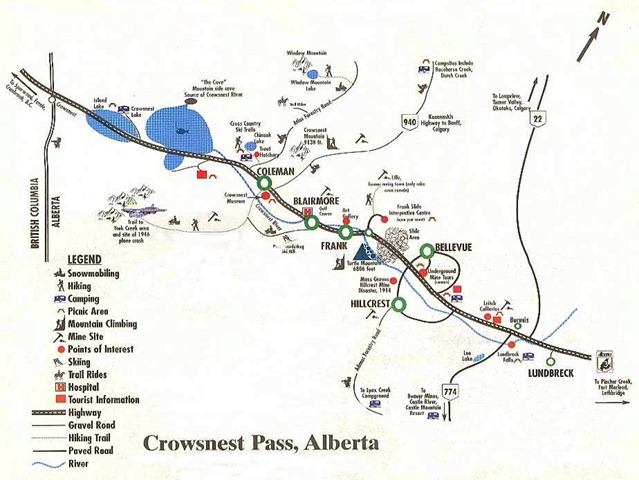 The Crowsnest Pass is an area rich in historical significance and natural beauty located in the southwest corner of Alberta, Canada.  Crowsnest is the lowest elevation pass in the Rocky Mountain Range between Jasper and New Mexico.

In the chain of National and Provincial parks stretching down the spine of the Continental Divide, the Crowsnest Pass, between Waterton Lakes National Park and Kananaskis Country is the only unprotected area.

Following the two hour drive south from Calgary, arrival at the Crowsnest Pass occurs in dense fog.  Accommodation is arranged at a Blairmore motel.  Substantially more snow than expected will limit hiking and exploration to lower elevations.

The nearby old Town of Frank was largely wiped out by the collapse of the north-east face of Turtle Mountain on April 29, 1903 historically known as the Frank Slide. 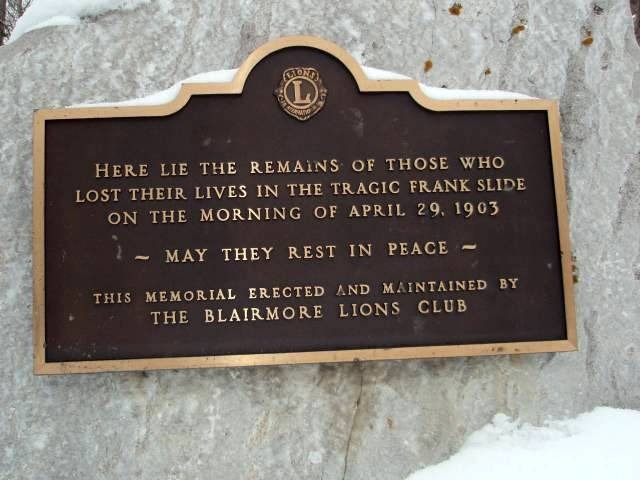 Memorial Marker near Frank, Alberta in remembrance of the 1903 Frank Slide

More than 70 people lost their lives in the massive, rock avalanche.  Driving east on the muddy, gravel road that parallels Highwayy 3 is a route through the huge boulder field.  Deep beneath and around this road is the destroyed town.  More than 100 years later, many victims remain interred here.  It is a reverent drive.

Continuing east on the gravel road there is an intersection leading to the old mining town of Hillcrest.  An uphill hike on snowy trail from the small town of Hillcrest to the site of the old Hillcrest Coal Mine arrives at the location of Canada's worst mining disaster.  A few old foundations and derelict concrete structures remain. 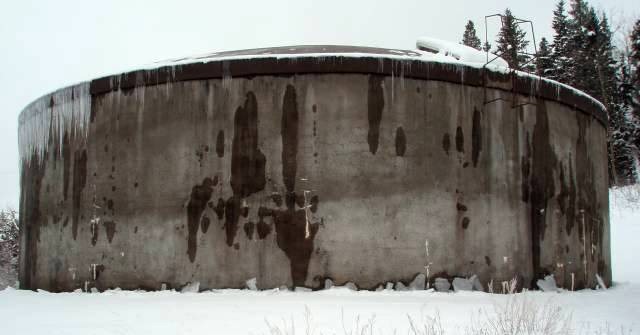 Water storage for the old Hillcrest Coal Mine, Crowsnest Pass

From the non-descript trail-head in the SW corner of the modern town of Hillcrest, hiking begins in four inches of fresh snow which deepens as altitude increases.  The first feature is the water tower which is followed by hiking along an old mining road/rail line to the remains of the Hillcrest surface plant. 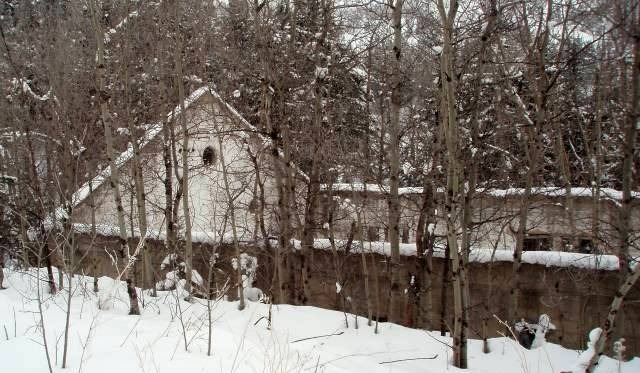 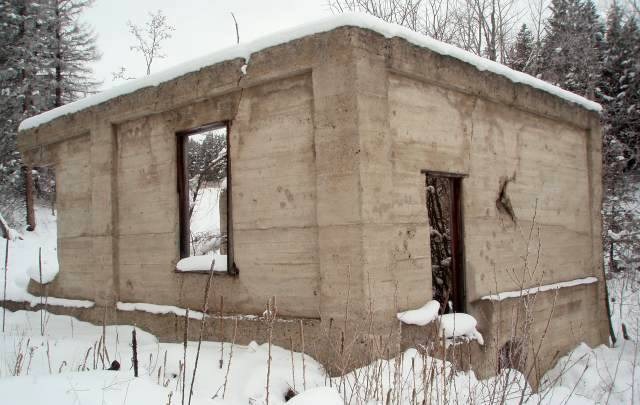 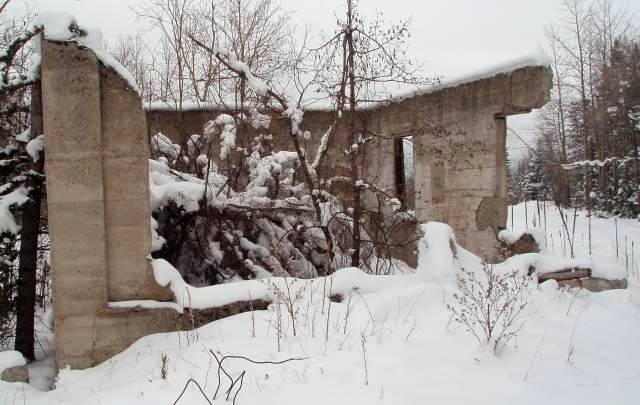 Of the 237 men and boys in the mine at that time, 189 lost their lives.  Probably all would have been lost if the quick-thinking General Manager had not rushed to reverse the rotation of the huge ventilation fans, blowing fresh air into the shaft and displacing enough of the mixture of methane, CO2 and carbon monoxide gas to allow some of the miners to be rescued.

The trail is covered in a blanket of white snow and route finding is nearly impossible.

Back in town there is an opportunity for a sobering visit to pay respects at the Hillcrest Cemetery where the explosion victims were laid to rest in a mass grave.

A new monument has been constructed since the previous visit several years ago. 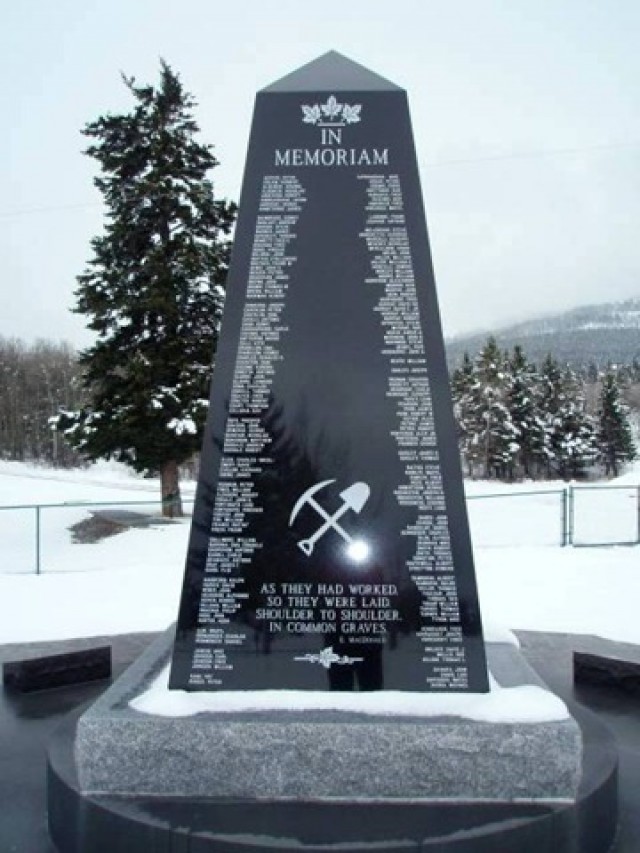 Hillcrest Coal Mine Memorial Stone at the Cemetery

On the return trip to Frank, there is time to visit and explore the remains of the old Winnipeg Fuel and Supply Company lime kilns. 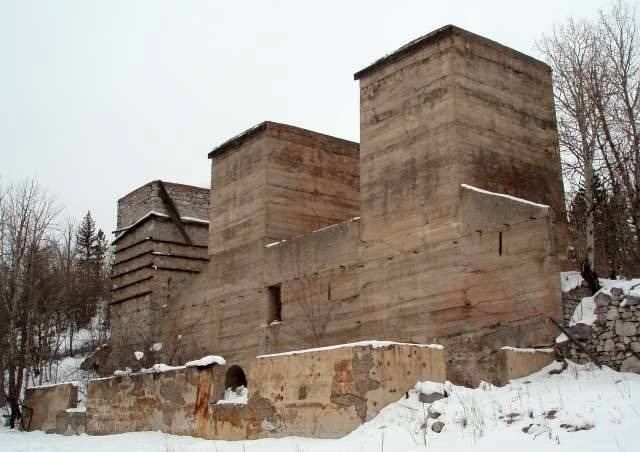 Lime is used to make mortar for bricks and cement.  During the boom years of the early 1900's the company exploited the limestone debris from the Frank Slide to meet international construction demands.  The kilns operated from 1912 to 1918 when the end of the First World War reduced demand and the company was forced to close.

Next on the day's agenda is the drive east to enjoy lunch at Lundbreck Falls.  The waterfalls are draped in ice and particularly beautiful on this overcast day. 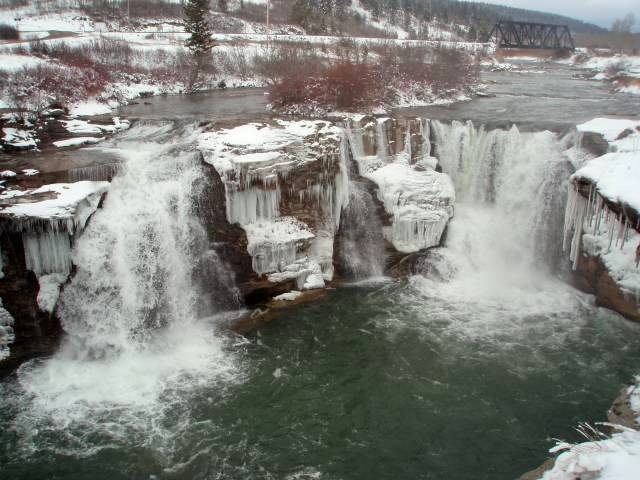 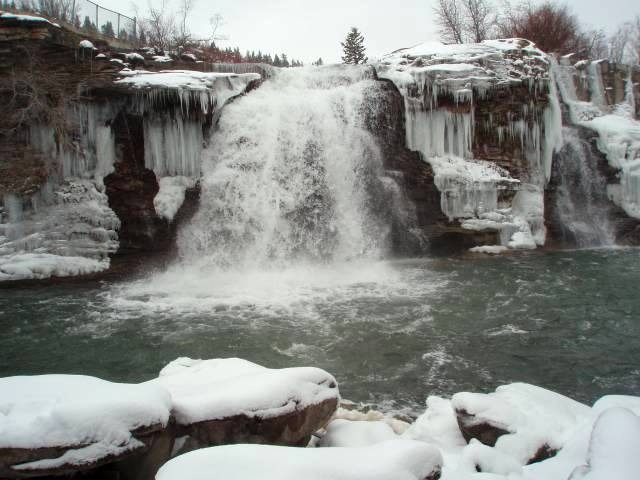 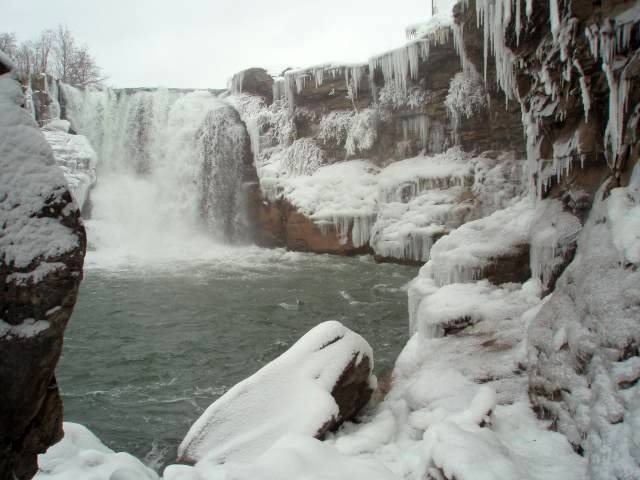 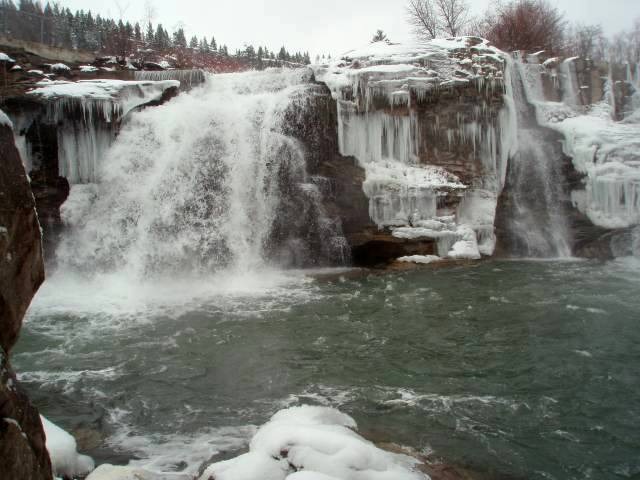 On the return from the east end of Crowsnest Pass in late afternoon, a prominent and intriguing structure on the south side of Highway 3 beckons for investigation. 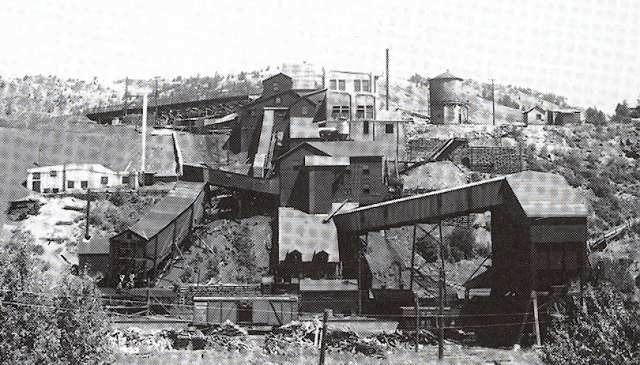 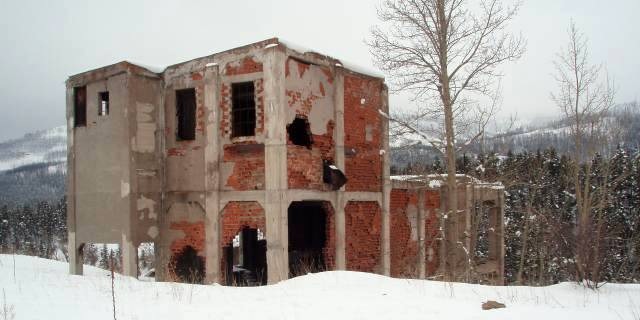 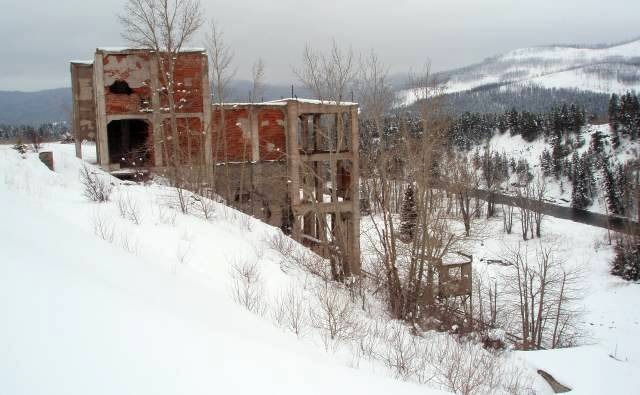 The dry ore washery operated sporadically until 1952 and is all that remains of the Hillcrest Mohawk complex which was gutted by fire in 1953.