There are outstanding hiking trails in the Crowsnest Pass, Alberta, Canada.

The Crowsnest Pass, established in 1979, is composed of a series of small towns born from the coal mining industry near the beginning of the 20th century.

Important note:  Land ownership, allocation and access seem to be volatile in this area so it becomes important to check at the Frank Slide Visitor Center for status prior to executing the mission. 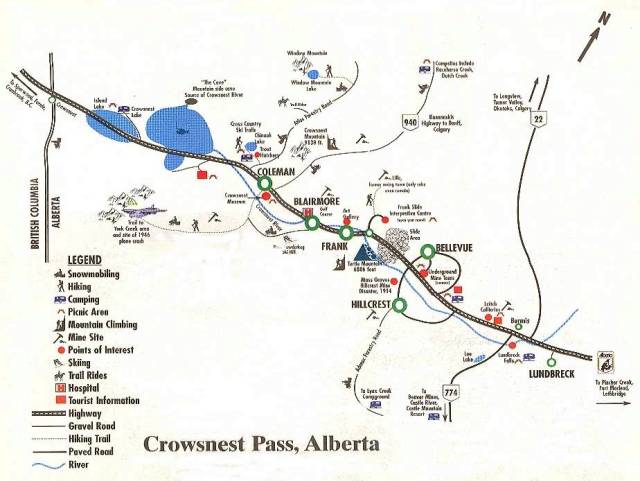 From east to west, within a few kilometers, the short string of small towns are Lundbreck, Hillcrest, Bellevue, Frank, Blairmore, and Coleman.

Frank Slide is a place to hike at the site where Turtle Mountain collapsed and destroyed much of the Town of Frank.  An fascinating interpretive attraction resides at Leitch Collieries.

The Crowsnest Pass is an incredibly beautiful place and there are many unique and varied wilderness adventures available.

Following is a short collection of a few of the most popular hikes in the Crowsnest Pass.  There is a wealth of information and personal assistance available at the well signed Frank Slide Interpretive Center.

Click on the red links for more detailed information about the hike.

1.   Hillcrest Mine and Lundbreck Falls

4.   Grassy Mountain and The Pod 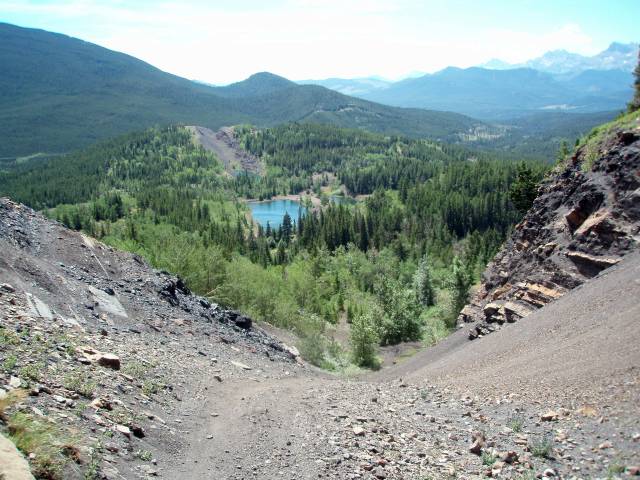 These are only a few of the excellent hiking and exploration opportunities in the Crowsnest Pass.

Important guide books for the Crowsnest Pass are, ‘Hiking the Southern Rockies’ authored by a local Crowsnest resident, Joey Ambrosi, and of particular interest to hikers and fishermen.  The guide may be available at the Frank Slide Interpretive Centre when you arrive in Crowsnest Pass.

Another guide is ‘Hiking the Historic Crowsnest Pass’, assembled by Jane Ross and William Tracy, and published by Rocky Mountain Books.  This guide may be available online or from outdoor supply stores.