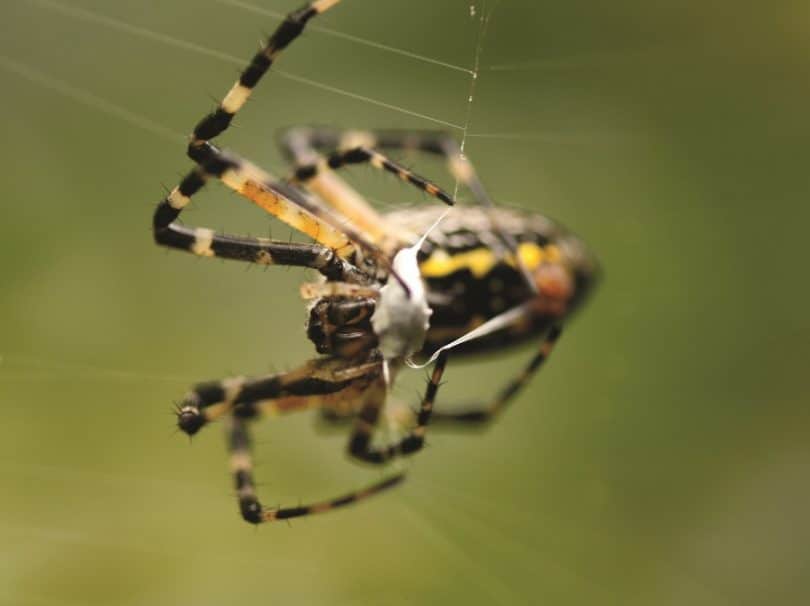 Spiders have mesmerized men ever since the dawn of times, mostly because these amazing creatures have been here long before us, thus we’ve invested them with magic powers and visions. It seems like they had all the time in the world to develop such a frenzy of variety in manifestation, appearance, skillfulness in weaving their evolutionary destiny.

Researchers discovered that spiders developed their particular biological string approximately 400 million years ago when they divided from other arthropods.

The terrifying thought that lies behind the ancestral image of veneration is that these beings have also developed highly functional means of surviving – as an intelligent capacity of annihilating prey as well as potential threats. That is why when we imagine them, a shiver creeps down our spines and we visualize the most venomous spiders.

It may be because any creature with more than four legs is disturbingly unfathomable, or in regards with their habit of wandering around during the night, or maybe it’s the sight of their unfortunate dinner helplessly entangled in their webs. But probably it’s because we’ve distanced ourselves so far from the natural habitat and its many inhabitants.

We’re now looking through a fearful lentil, trying to overprotect ourselves, overreacting when just spotting a spider and therefore behaving irrationally and only in this way endangering ourselves. But we can recall that our ancestors praised the healing powers of their venom and regarded a spider cruising on their leg as a sign of good fortune.

And next time this happens, we can pause for moment, take a deep calm breath and it may so happen that the spider will also calmly mind its own way.

The spider is an animal from the great Arthropoda phylum (alongside insects, crustaceans and other creatures with joint legs), of the class Arachnida (which also contains mites, ticks, scorpions) and the order Araneae.

Their behavior pattern is more likely defined by a greater fear of us than we have of them and because of this, in most cases, the ignorance and lack of attention of men is triggering the aggressive feedback in these arachnids. They respond violently when cornered, ambushed or attacked.

That is why awareness is the best defense mechanism that man can use in the wilderness  – of course spiders like to creep into your shoes, your tent, your food so being careful not to step or sit on them as well as not to eat them along with the rest of the picnic, would be enough for your protection. 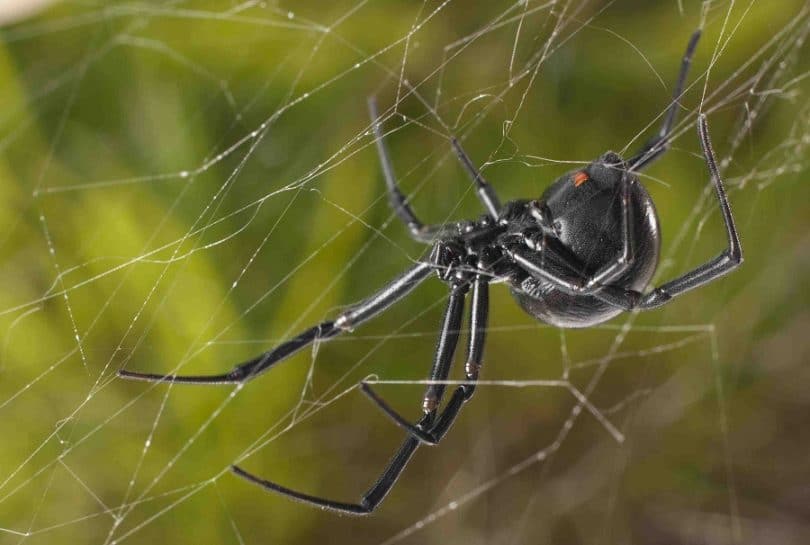 There’s also the tendency to overreact out of fear, but one should restrain from any sudden gestures and also from the urge of killing them first because spiders are highly sensitive and have a speed of movement far greater than ours. It must also be stated that spraying venomous spiders with bug deter doesn’t work a bit but on the contrary sparks violent instincts in them.

Spiders eat much smaller living beings, usually from the order of insects, therefore their venom potency and quantity are specifically designed and proportioned to their prey.

Most usual spider bites are as harmless as mosquito ones, producing a slight irritation of the skin, manifesting through a bit of a stingy sensation and an annoying itch, turning the area around into a reddish color spot.

But most reported cases of spider bites have only been false alarms, people mistaking other insect bites with spider ones or even misinterpreting an existent skin health condition for that matter. This is how rarely this animal attacks us.

Of course, there are severe cases of the most venomous spider bites that have devastating effects. The general symptoms of the venom infecting our organisms are fever or chills, excessive sweating, nausea and vomiting, headache, abdominal and muscle pain, difficulty in breathing, rapid heart beat. 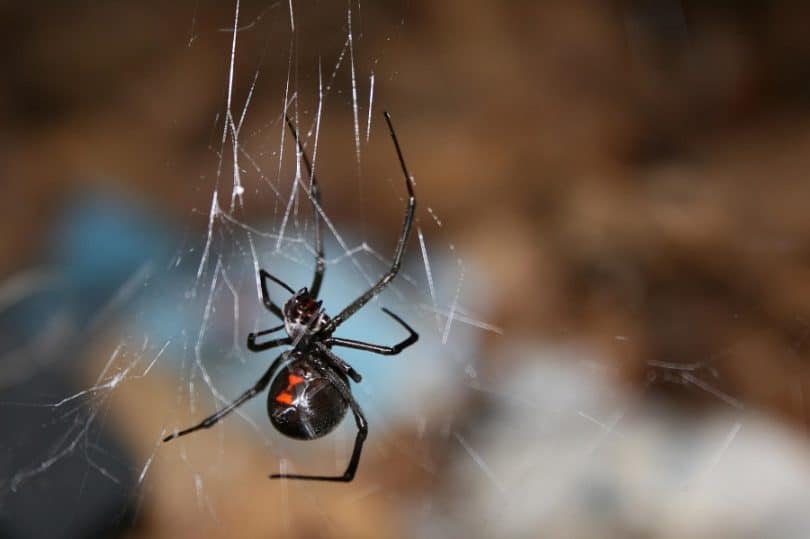 Last but not at all least, the skin area where the fangs were implanted transforms into an ulcerated wound and ultimately dead tissue, leaving behind an impressive scar when healed. The images of various renowned spider bites are so terrifying that one can sense and understand arachnophobia in a fraction of a second.

The venom is can cause necrosis, pulmonary edema, kidney disorder, hypertension. All in all, if left untreated, it can lead to death or heal deficiently, leaving the subject with marks and health conditions that can remain for a lifetime.

The extensive research that has been done in this domain, more so with the modern medically scientific breakthroughs, has come up with the antidotes against all known spider venoms. In this regard, we can take into account the number of human deaths reported as spider victims, over the whole past century, which adds up to only 100.

Taking into consideration that the most powerful deadly venoms are effective in a very short time span, from twenty minutes to just a few hours, also the fact that until recent years large communities of people lived isolated from immediate medical support, it seems that spider induced mortality is extremely low.

Till now, there have been discovered and researched over 40,000 species of spiders worldwide and arachnologists consider that we’re not even close to a truthful estimation of the number nor the subtle species differentiation. Out of them, there’re only 30 types that have proven dangerous for men, being responsible for human deaths. 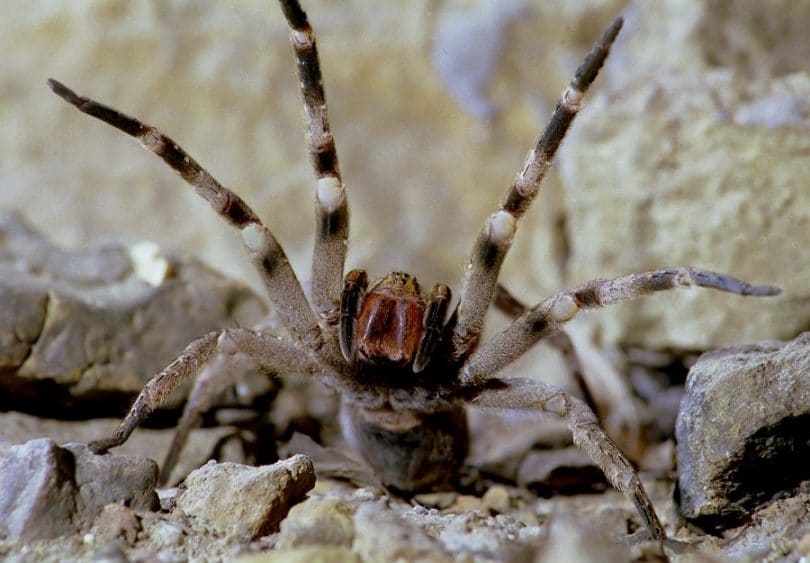 Here we have comprised a list with the most venomous, most frequently encountered, notorious and scary spiders.

It is of maximum importance to determine the specific type of spider in order to choose the right antidote and this could be a serious challenge even for an arachnologist.

Spiders are highly adaptable beings with a remarkable evolutionary pace that’s attuned to the environmental transformations. This exquisite survival trait has generated a great number of mutations in species, genetically rearranging their particularities to such a level of variety, that it became extremely laborious to distinguish one spider family from another.

The similarities of spiders from different species, alongside with the contradictory variations of spiders of the same species, lead the scientific community to generally adopt the practice of discerning between them by studying their reproductive organs, as the most precise expression of affiliation. But this is an impossible task for a novice, more so one that has just been bitten by one of these monsters. And it as preposterous that the most often heard advice is to capture the spider in order to determine its kind – an improbable action as well.

So it’s best to be aware of the native species and in the case of an accident try to remember, at least, the main characteristics in terms of form, dimension and color.

For someone who is not at all acquainted with arachnology it can be demanding even to distinguish spiders from insects in some cases and for this reason, there have been reported so many misinterpreted bites.

Some essential features to look at for this purpose, would be that spiders present two body segments, eight legs and two pedipalps (a pair of appendices, one on each side of the body, close to the head – that they use for feeding, mating and sensing) as opposed to insects that have three body segments, six legs and two antennae.

The extremely frequent confusion between venomous and poisonous has spread as a misuse of terms.

Venomous animals are ones that use toxic substances to defend their selves from attackers, by injecting the venom subcutaneously – like snakes or bees.

Poisonous, on the other hand, are the ones that spread their toxicity by the simple touch or even through the air and of course if ingested – like some types of frogs. But the spider venom is only efficient if injected. 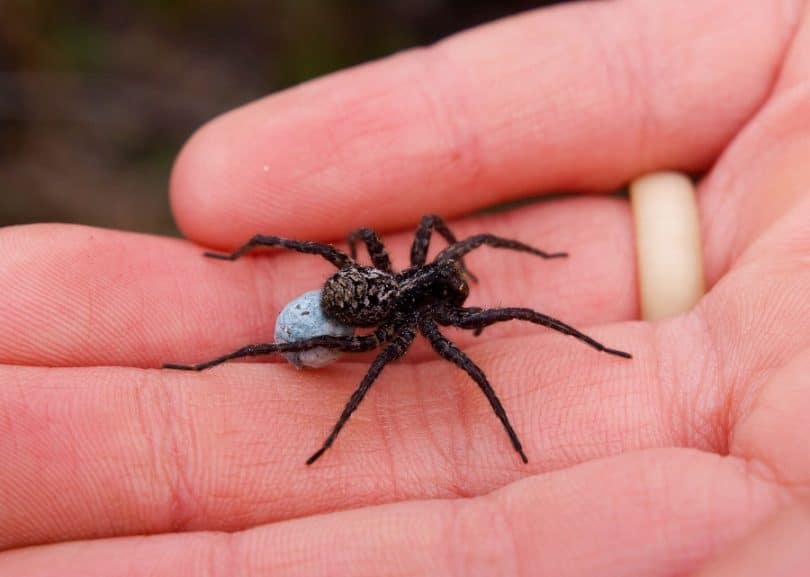 What to do if bitten by a spider – in the case of a highly venomous spider bite there is very little you can do, but get specialized medical help as soon as possible – as mentioned above, each venom has its respective antidote, a substance as potent that can alleviate the effects.

Otherwise, you can follow these few steps in order to lessen the symptoms:

After taking this short tour through the most venomous species of spiders you know the main family characteristics, the symptoms of their bites and their habits, thus where you may find them and how they might react. You know that size is not the measure of danger and also that looks are deceiving. Check out our guide on how to administer first aid outdoors for more information. 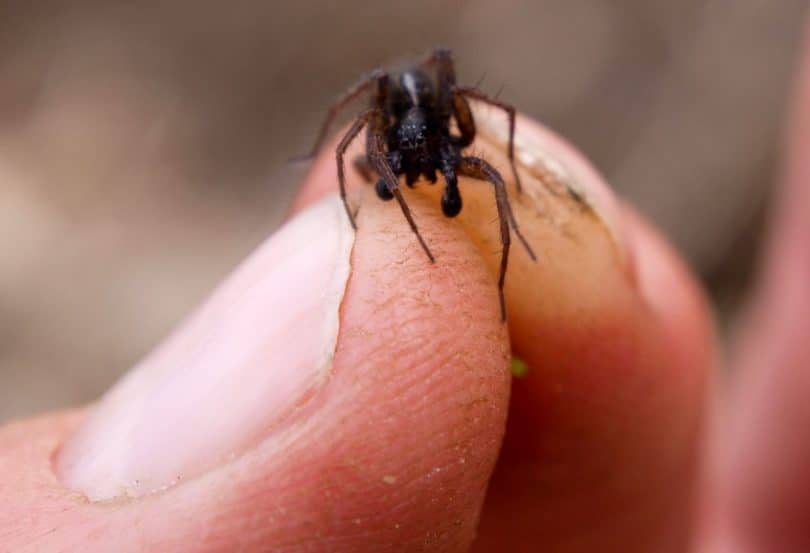 You may know some main features, but it’s more advisable to be cautious than to mistake a friendly insect eater for a deadly spider. That is why it is most important to make a thorough research when you plan to journey into a wild unknown area.

For a review of the best insect repellents that keep you safe outdoors, check out our must-read piece on this topic.

Exploring the all-mighty desert can definitely be more challenging than it looks like, right? The blazing sun and the… 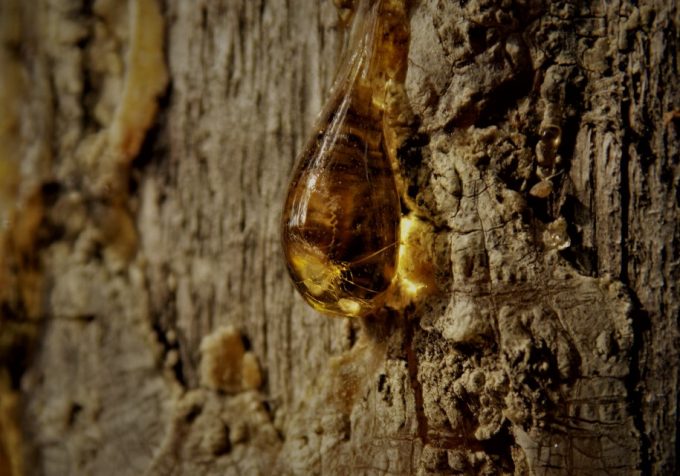 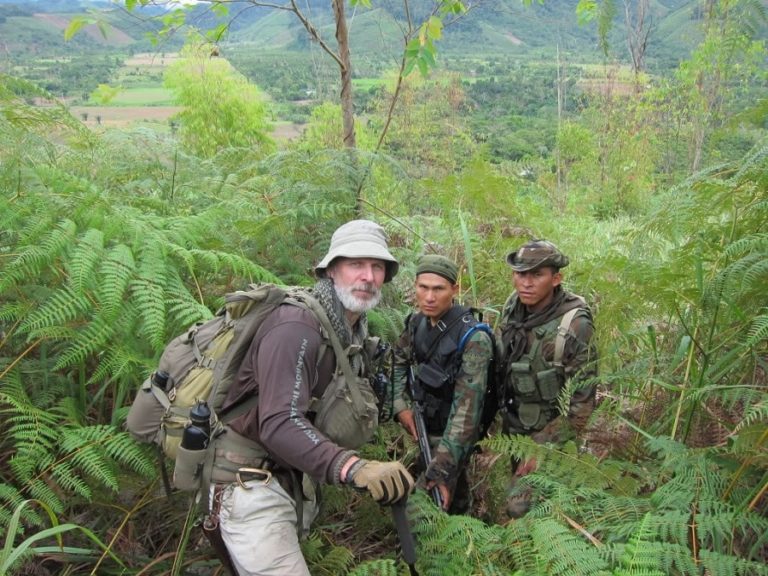 Jungle area is about 6% of the Earth’s solid surface and can be found mainly at the Tropics. I… 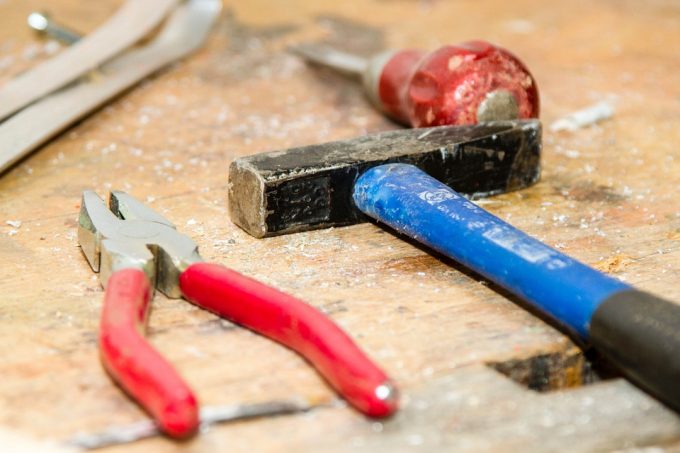 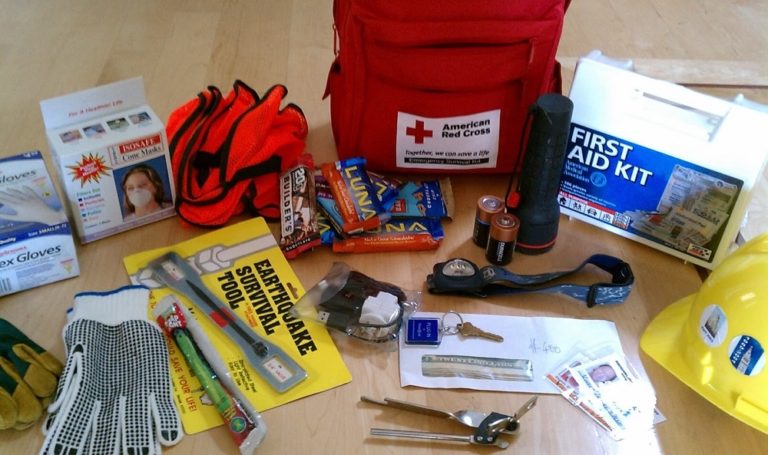 Do you know how to make a survival kit? Have you ever tried to put one together? If not,… 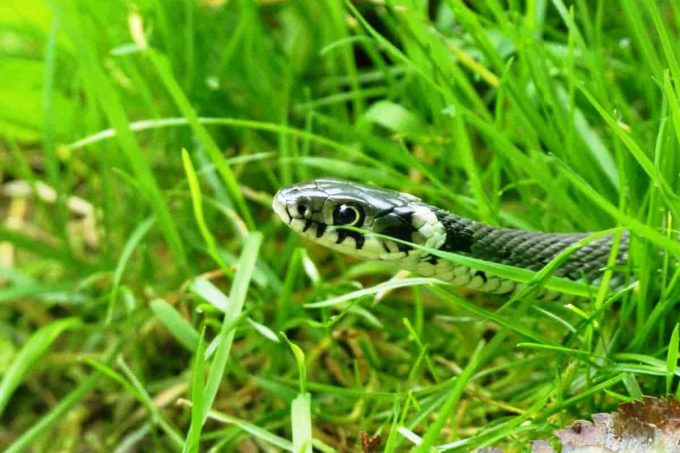 Getting bitten by a snake can be a rather scary experience, especially if you cannot immediately identify the species…