The site of the old Mercury Mine combines a grand walk with an educational opportunity near Drumheller, Alberta. 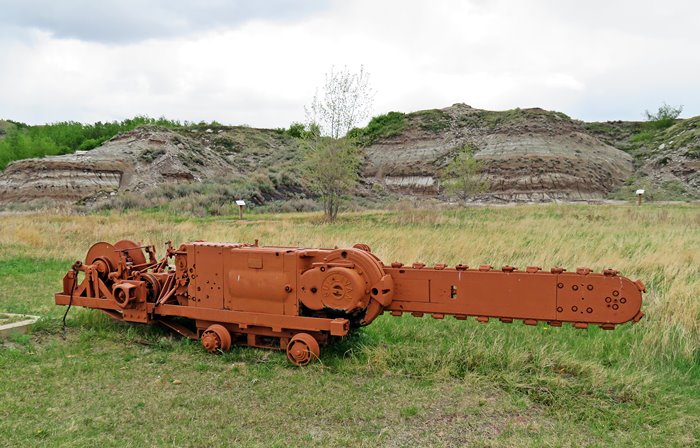 Remnants of old foundations provide the opportunity for a interesting walk interspersed with interpretive signs containing a wealth of information about coal mining operations in the early and mid-1900's. 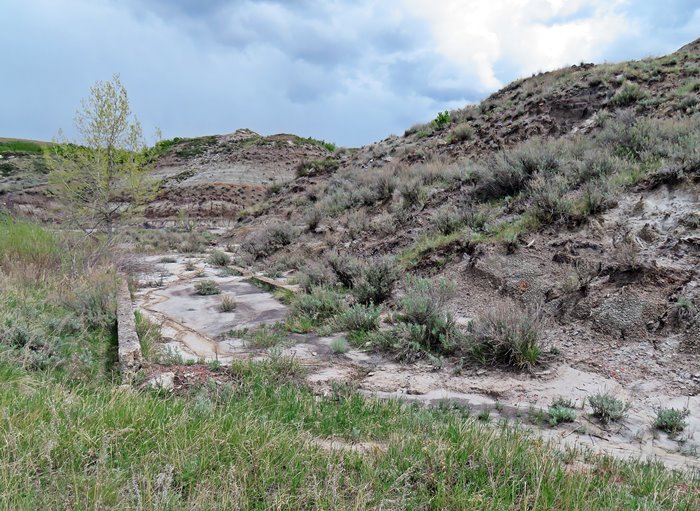 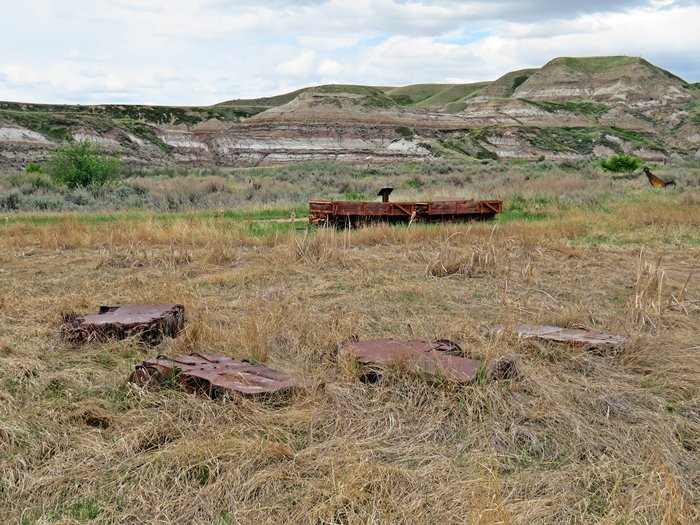 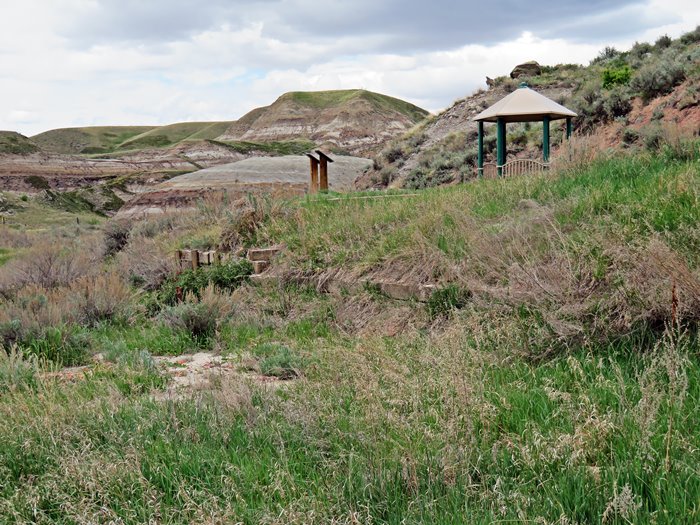 The hike is optimally performed in a counterclockwise direction where fairly frequent interpretive signs hosting historical prints expand the faint remains of old foundations and add structure to surrounding terrain.  The imagination can build the images of mining structures occupying the land many decades prior.

Past a pristine wetland towards the end of the loop, there is a bench adjacent to a faint trail leading to the remains of old coal slack heaps in the hills beyond.  Although the ancillary trail is not fully explored this day, the opportunity exists to hike further into the spectacular Badlands hills for potentially greater discovery and adventure.

The return hike provides lofty and expanded views of the Mercury Mine Site within the confines of surrounding and dramatic Badlands terrain. 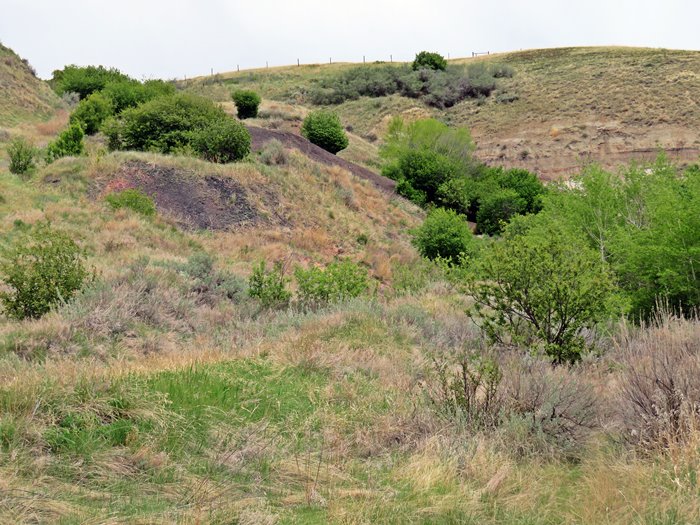 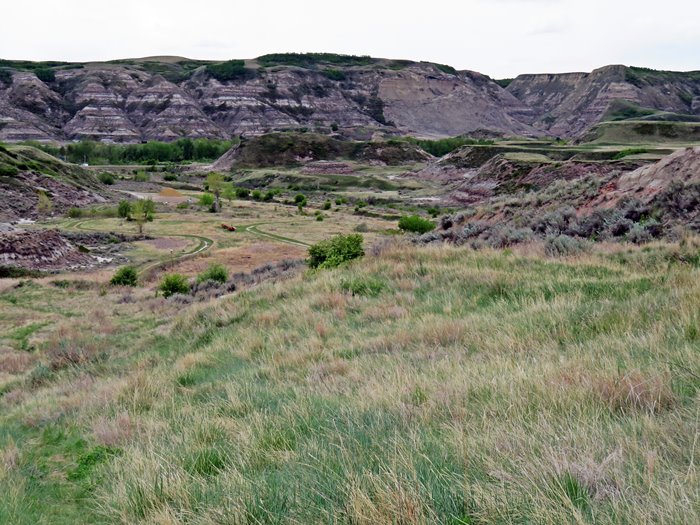 The northwest end of the loop hosts a modern day gazebo perched above docking for an old rail spur.  Some of the rails still poke above ground.

A variety of heavy equipment including coal cars and coal cutters are on display and accompanied by informative and pictorial interpretive panels which help bring alive their function in the day. 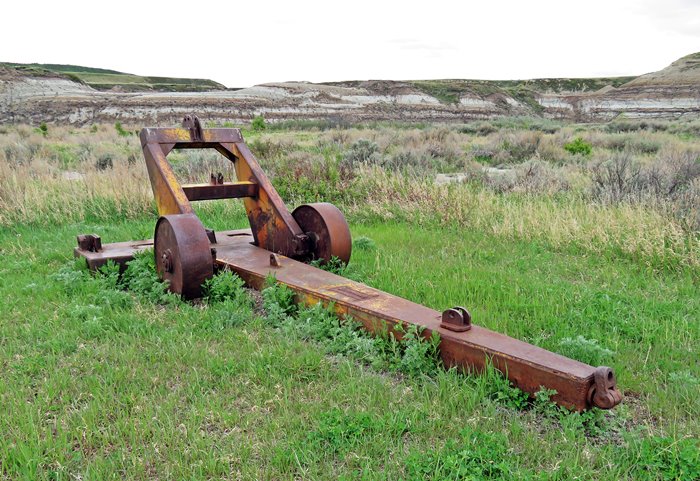 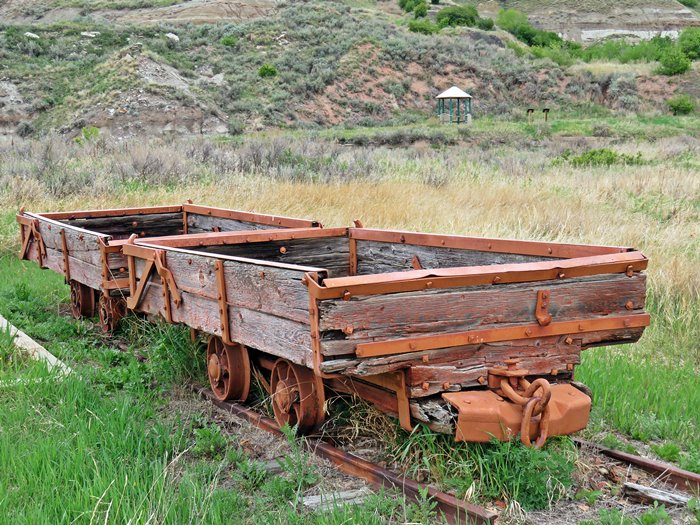 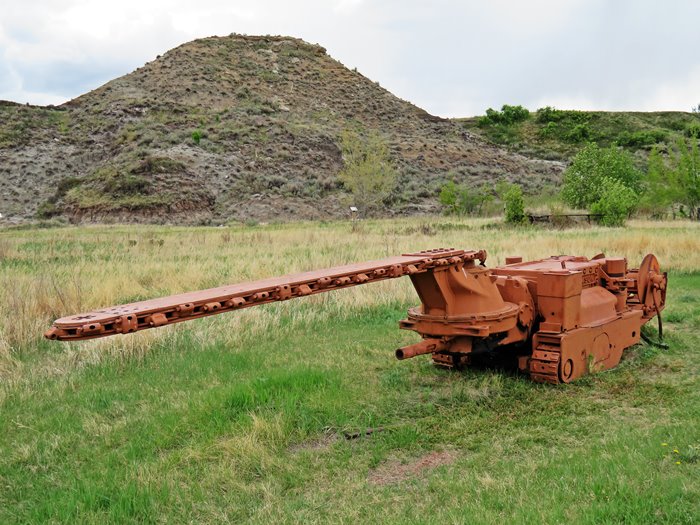 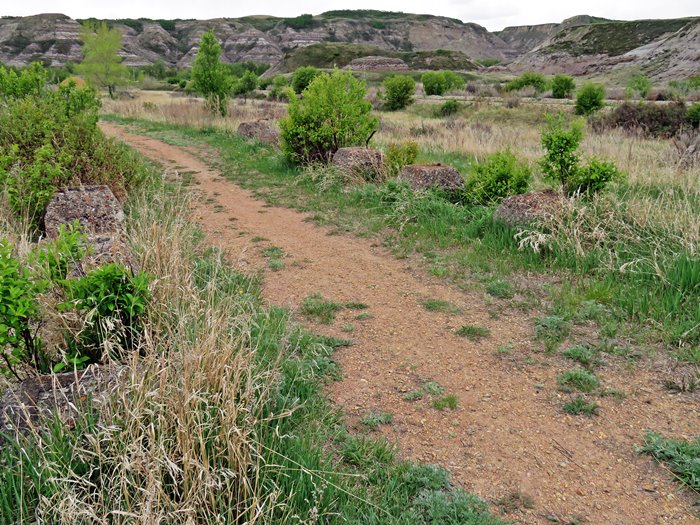 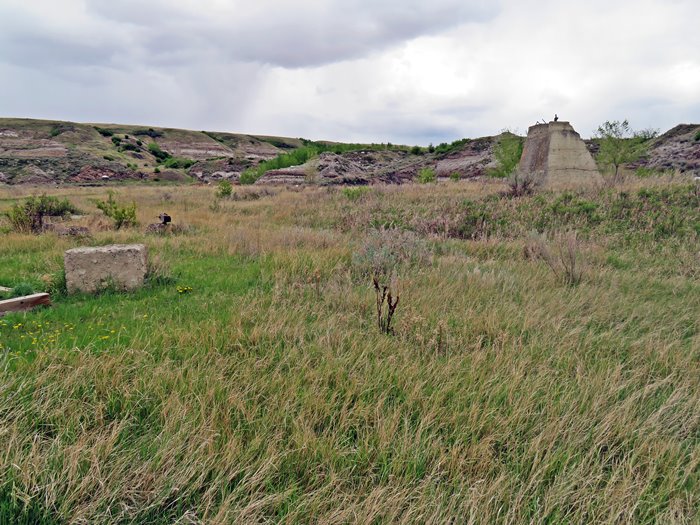 Foundation blocks for the tipple precede arrival at the remnants of the original main shaft into the mine which is now just a depression in the ground largely obliterated by overgrowth.

Nearby, an interpretive sign provides scope to the layout of the entire mining complex as it existed many decades prior.  Today, the once thriving mine site is an important reminder of bygone days in the development of Canada.

It is difficult to know where you're going without knowing from where you came.

Back at the entrance to the exhibit, a short off-trail diversion onto the surface of the recently reclaimed main railway lines provides the opportunity to visit a portion of the transportation corridor which served a battery of mines along North Dinosaur Trail, through East Coulee, and into the area centered around Wayne.

The rail lines have been removed in recent years leaving bridges in their path blocked or committed to pedestrian traffic over multiple water courses and intermittent wetlands which occupy the floor of the valley. 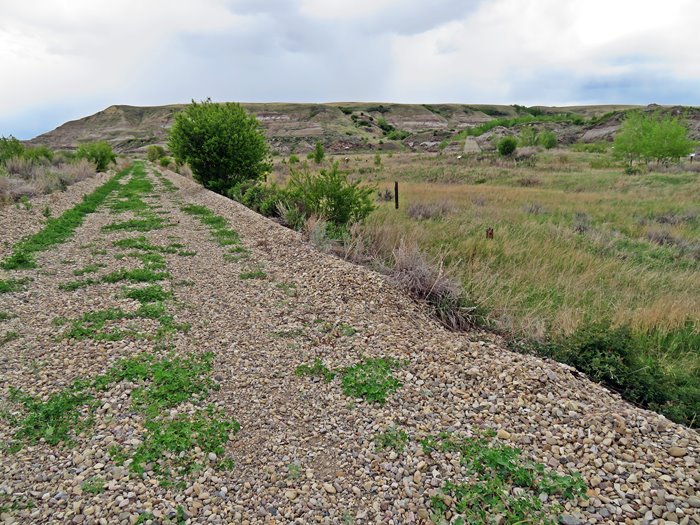 Even though Drumheller is somewhat isolated from the largest Alberta urban centers, the wealth of unique hiking opportunity and attractions in the area more than justify the visit.

Pictures at the site of the old Mercury Mine site were taken on Tuesday, May 16, 2017 along North Dinosaur Trail in Midland Provincial Park near Drumheller, Alberta, Canada.