Fireweed is the tall, robust and colorful plant commonly the first to grow following a forest fire.

The Fireweed Loop Trails begin at the west end of the Continental Divide parking area 10 KM (6¼ miles) south from Castle Junction and 95 KM (59⅜ miles) north from the Village of Radium Hot Springs along Highway 93 through Kootenay National Park in British Columbia, Canada. 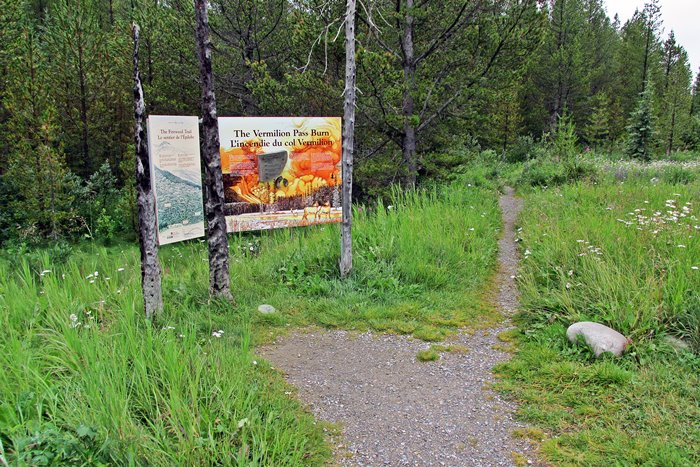 From the west end of the parking area, the trail-head is obvious past the rest rooms.

Initial access for both Fireweed Loops lead to a trail split where proceeding right tracks the wheelchair friendly interpretive trail and left is clearly signed to the non-interpretive and longer route.

There is a case to take advantage of the shorter and flat interpretive trail prior to tackling the longer loop so the surrounding terrain will be made more interesting by absorbing the interpretive information. 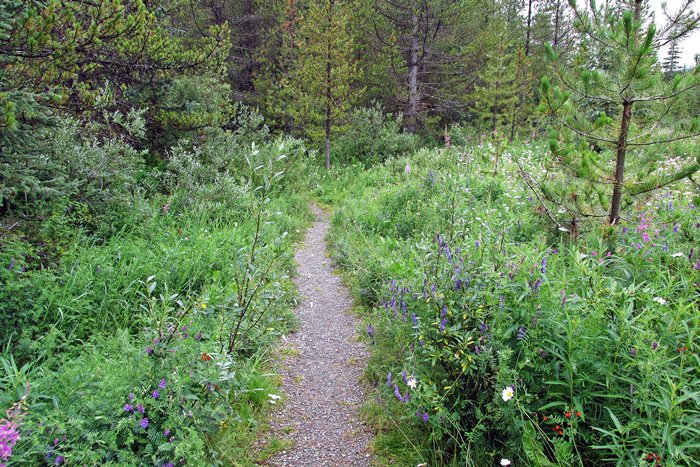 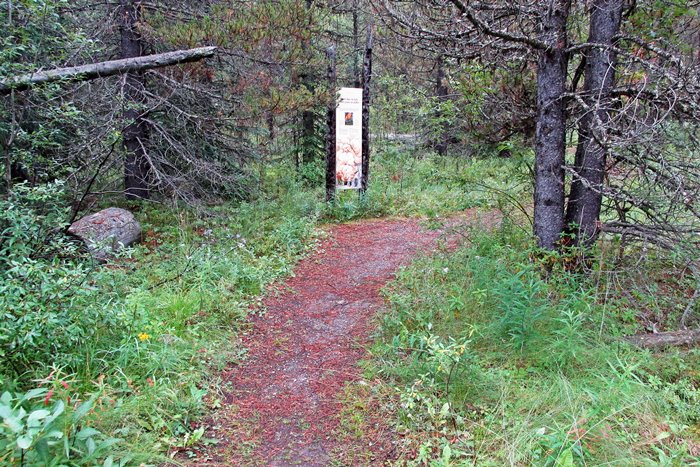 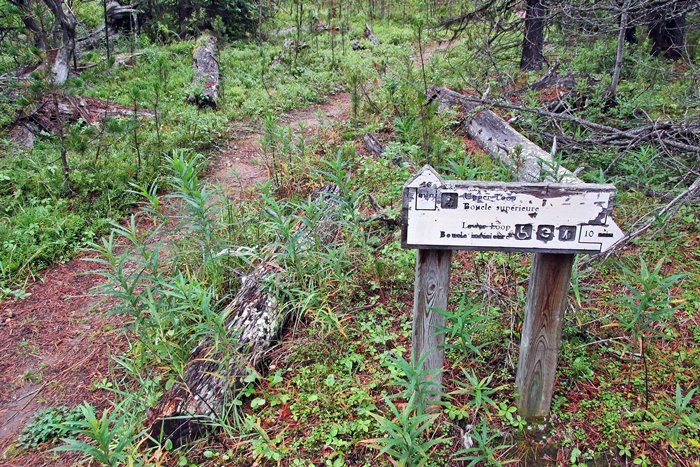 This Upper Fireweed Loop Trail is not wheelchair friendly as the narrow, rocky trail with an uphill loop gains and loses minor elevation on predominantly rough and rocky trail.

The minor-undulating middle in the 1.6 KM (1 mile) trail connects ascent from the trail-head end to descent on the easterly end which finishes behind the Continental Divide display. 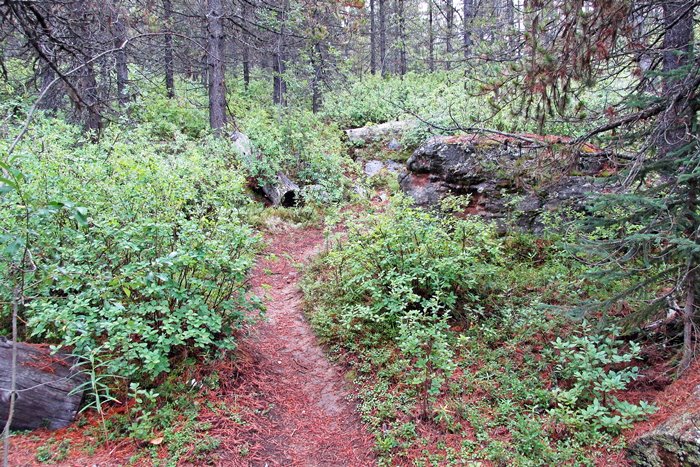 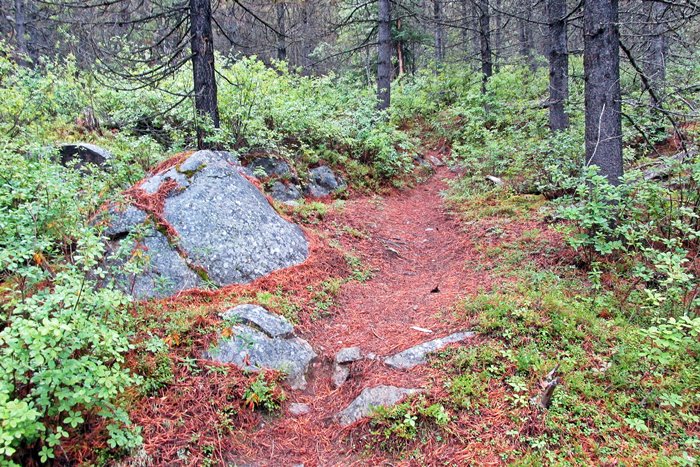 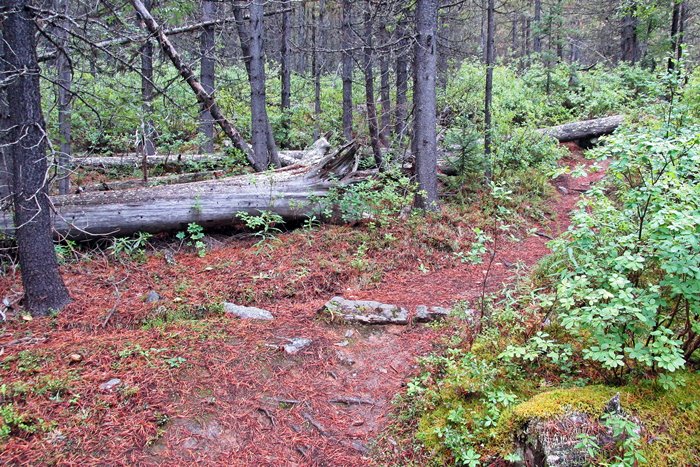 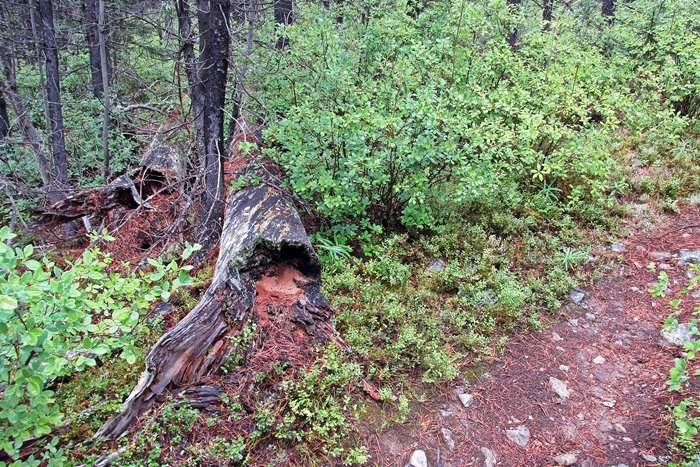 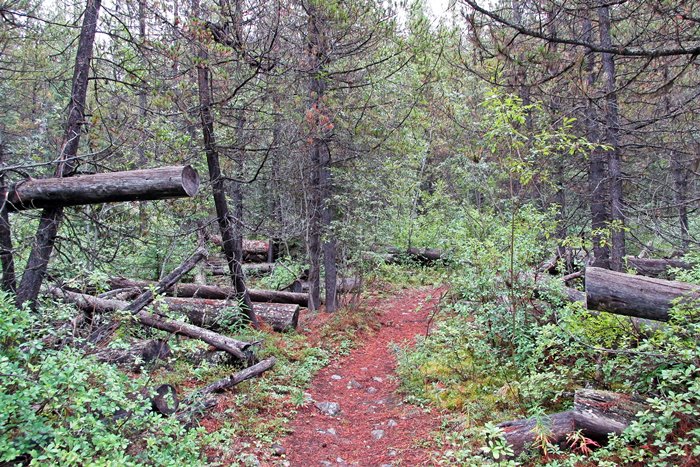 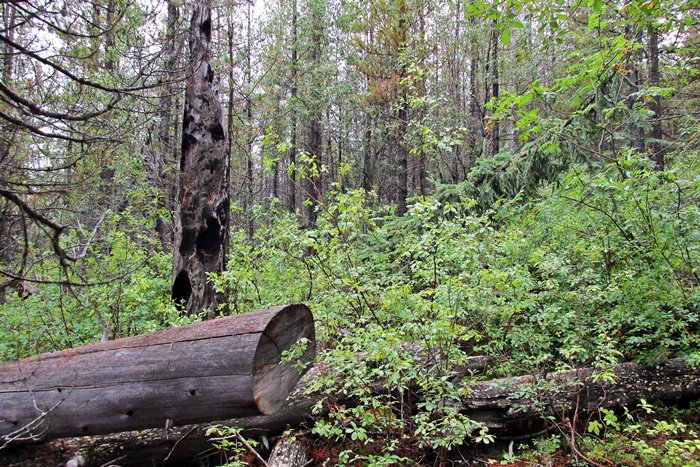 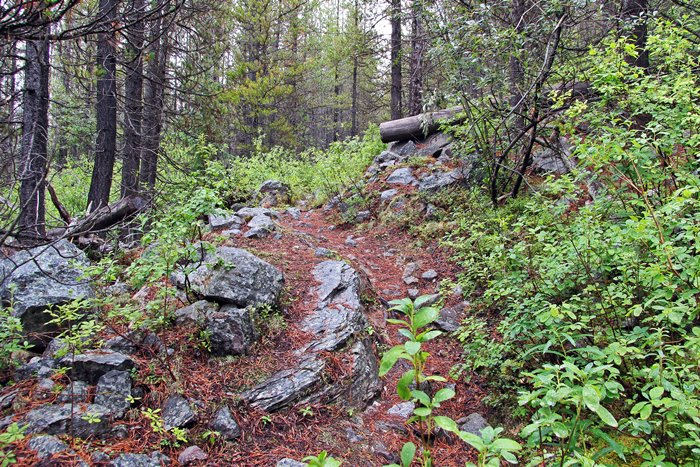 In spite of the short elapsed time, evidence of the 1968 Vermilion Pass Burn remains substantial and prolific in stark contrast to the dynamic enveloping greens.

The trail illustrates the aftermath of the 1968 Vermilion Pass Burn which remains visually evident along Highway 93 forty years following the significant event that consumed an estimated 2,630 hectares (6,500 acres) of 300-year-old forest after a lightning bolt triggered the eight-day July blaze on the southern slope of 2,845 m (9,334 ft) Mount Whymper in the Upper Vermilion River Valley across Highway 93 from Stanley Glacier. 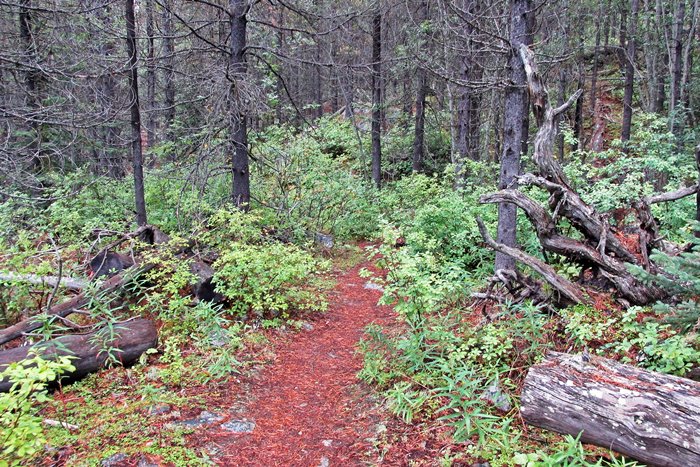 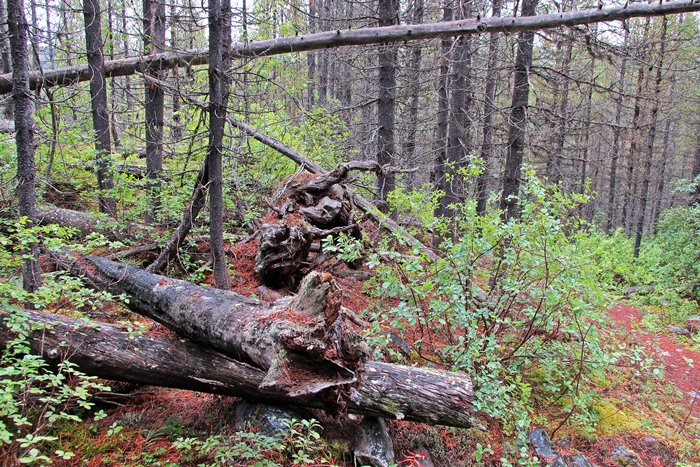 The short and rocky descent proceeds in rain under umbrella and requires careful foot placement on rugged trail through berry-laden bushes along the invisible line which divides Alberta from British Columbia.

The trail completes into the parking area from behind the Continental Divide display. 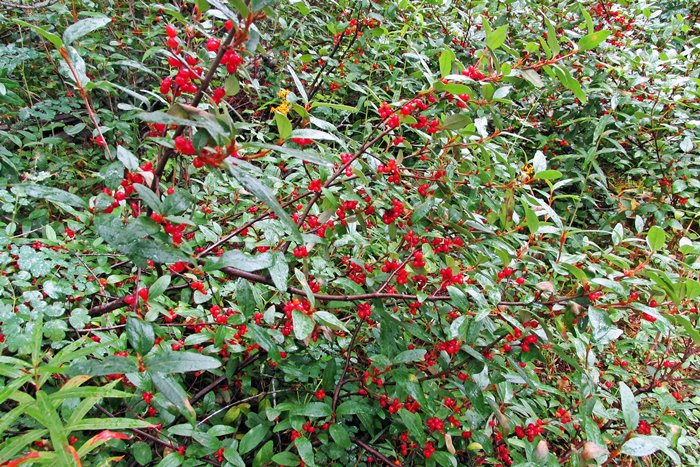 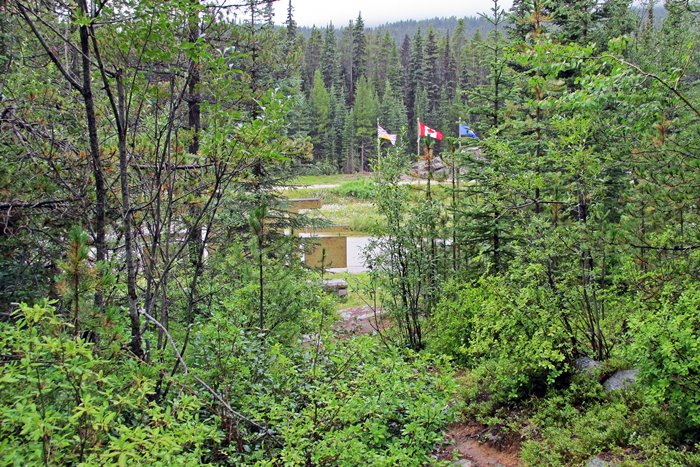 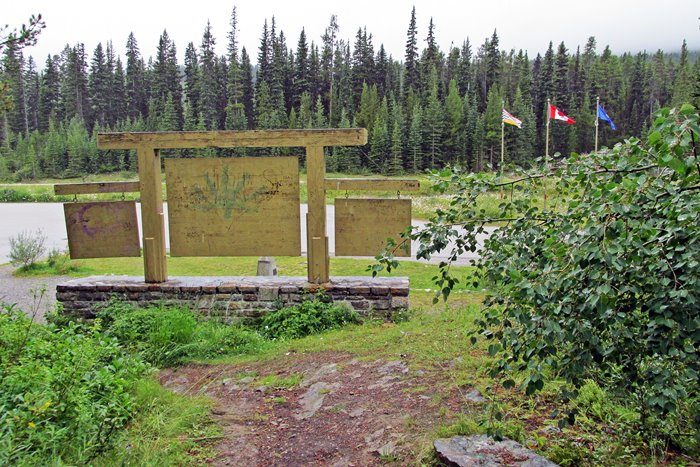 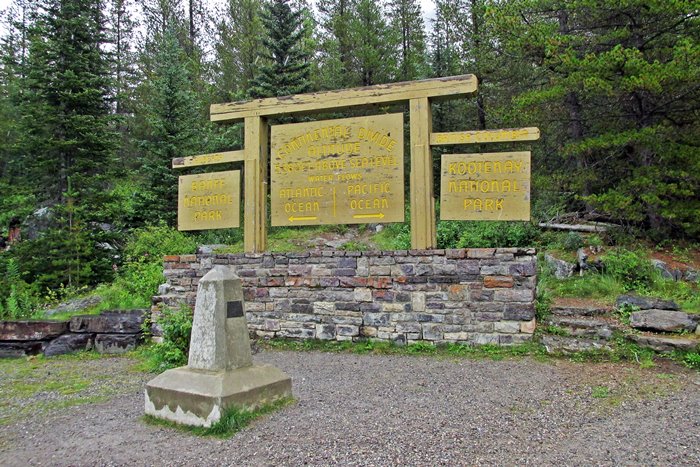 Fireweed Loop Trail # 1 which is shorter, wide and flat begins from the same trail-head at clearly signed intersections.

The two trails are an excellent and refreshing break in the drive between Calgary in Alberta and the Village of Radium Hot Springs in British Columbia, Canada.

Photographs for the Fireweed Loop Trails were captured on Monday, August 8, 2016.