The Cape Bonavista Lighthouse is prominently perched at the end of the very large Bonavista Peninsula between Trinity Bay and Bonavista Bay.

Access is through the popular tourist destination town of Bonavista.  The end of this peninsula is speculated to be the landing location of John Cabot in 1497. 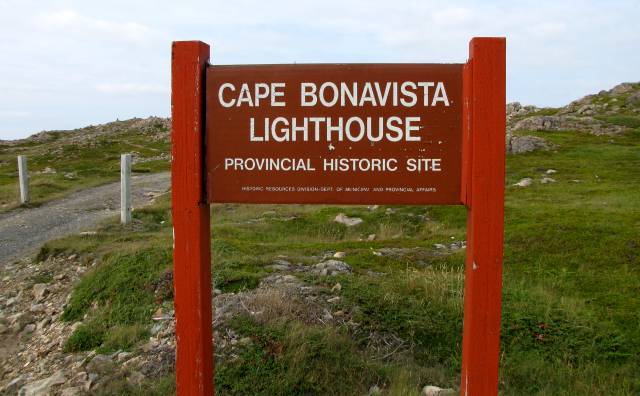 The drive from Terra Nova National Park to Cape Bonavista is punctuated with wonderful views along the edge of the complex, ocean water coastline with quaint, picturesque fishing villages nestled along the shoreline.

Getting out of the car and standing up feels very good. 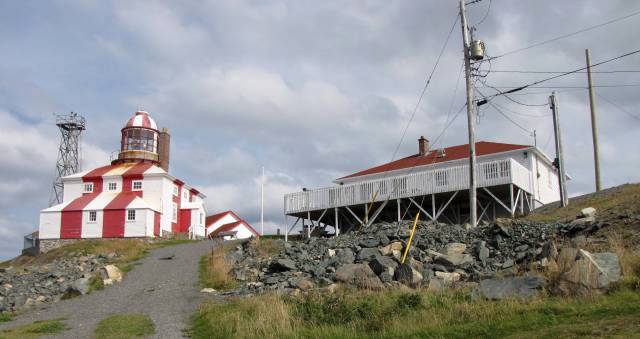 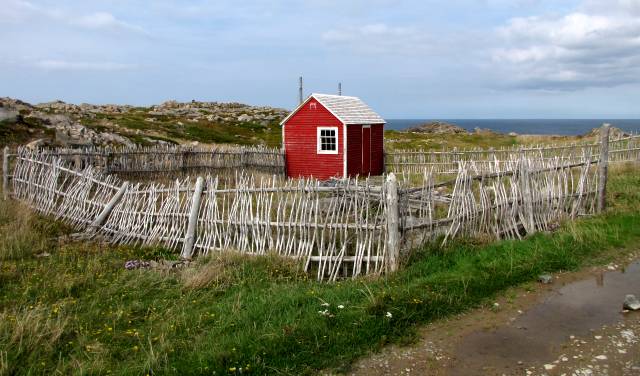 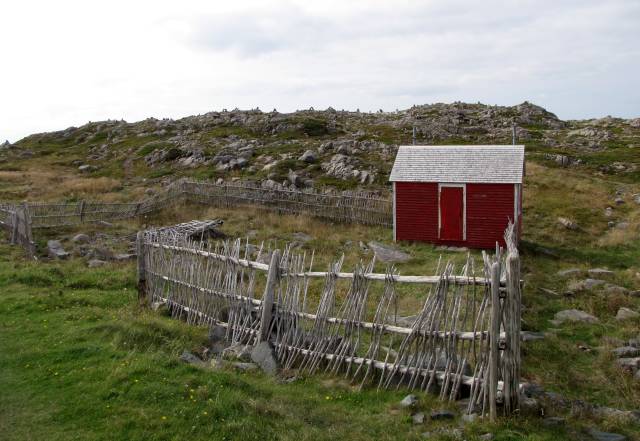 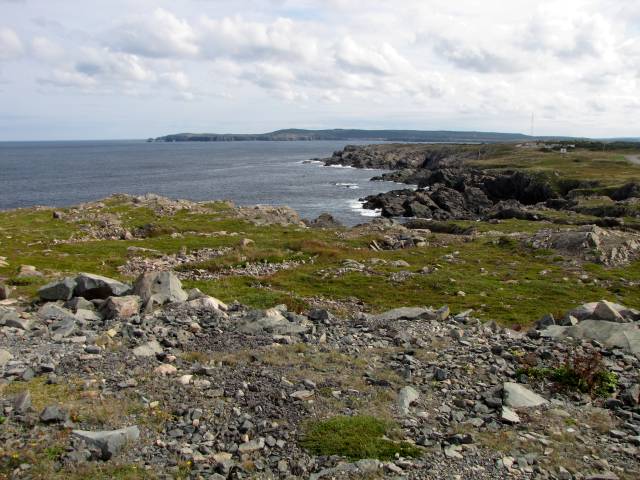 Surrounding landscape has been rendered rugged and austere by perpetual forces of wind and water assaulting its surface.

Across the adjacent bay, stubborn mounds of rock called sea stacks, resemble a dragon back approaching the rocky coastline.

The walk up the gentle grade to the lighthouse leads to two outbuildings.  One is the home of the Cabot Crafts and Gift Shop.

The other is a small museum containing artifacts and seafaring information relevant to the Cape Bonavista Lighthouse.

Much of the shoreline rock has been scrubbed smooth by relentlessly pounding surf over eons of time.  The rhythmic sound is relaxing and quickly becomes background sound and an expected major component of the overall experience.

Offshore, a small rock island, devoid of obvious vegetation, is coated white and obviously a favorite nesting area for birds local to this area.

We are searching for puffins and we may be the only people on the planet to leave Newfoundland without experiencing a single sighting.  Seasonally, this location is also famous for watching whales swimming and icebergs floating past. 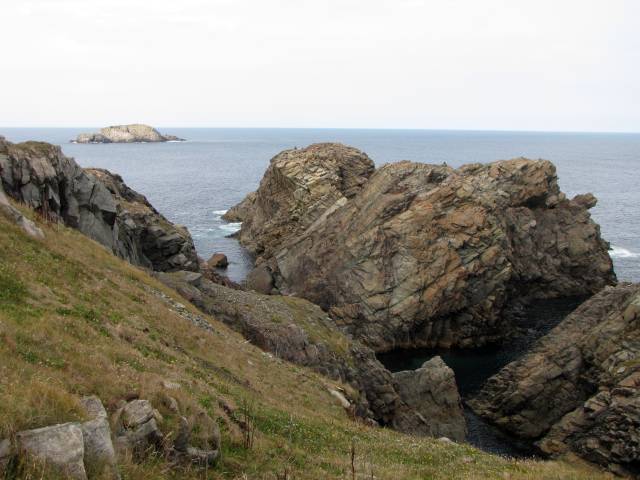 The Cape Bonavista Lighthouse served from 1843 to 1966 when the nearby steel tower assumes the important role.  In 1970 the historic lighthouse is transferred from the Federal Department of Transport to the Newfoundland Provincial Government for development as a Provincial Historic Site.

The impressive concrete tower, surrounded by a two-storey, wooden structure has been restored to its 1870 appearance when its first keeper, Jeremiah White, tended the oil lamps and polished the brass and glass of the light which was transferred from Inchcape (Bell) Rock in Scotland where it had been in use since 1811. 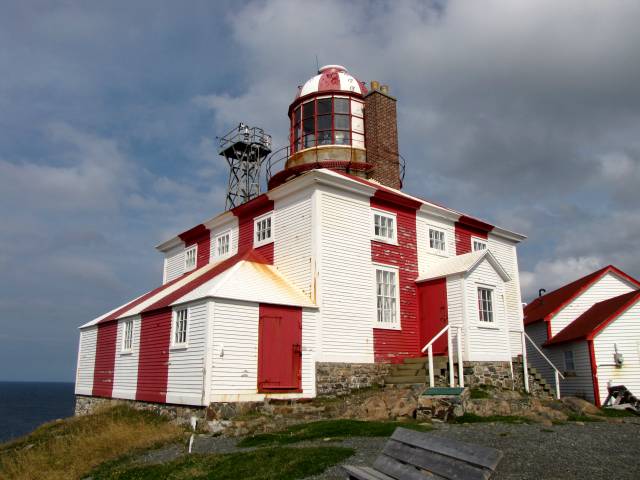 The interior of the wooden frame house is redecorated to be as historically accurate as possible for the period around 1870.  Following photographs illustrate the furnished rooms inside the Cape Bonavista Lighthouse. 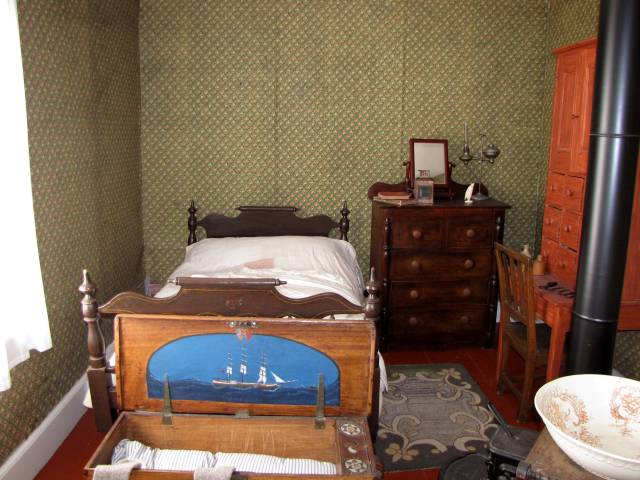 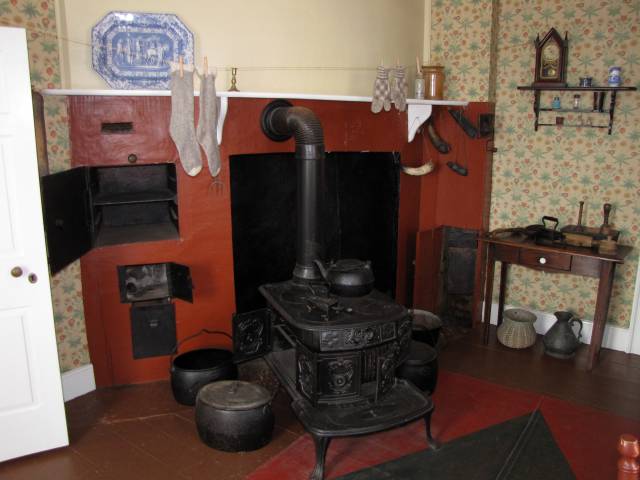 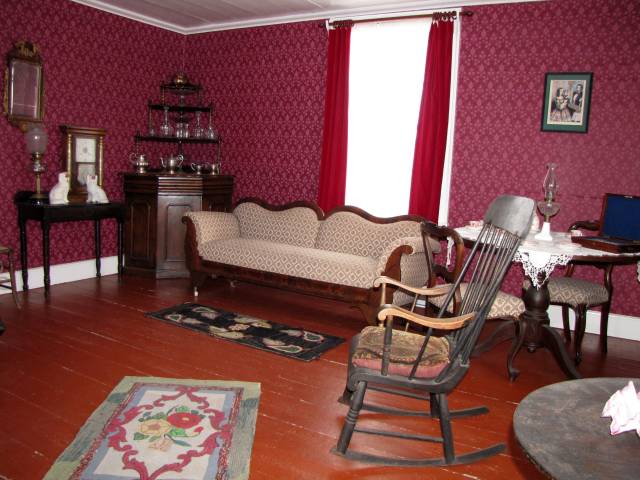 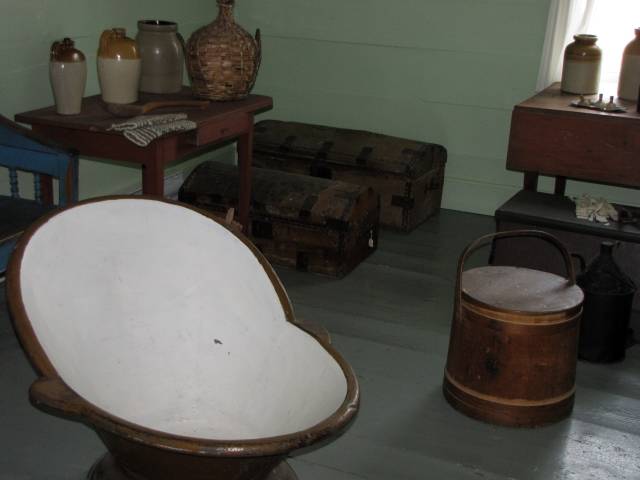 It is a bathtub. 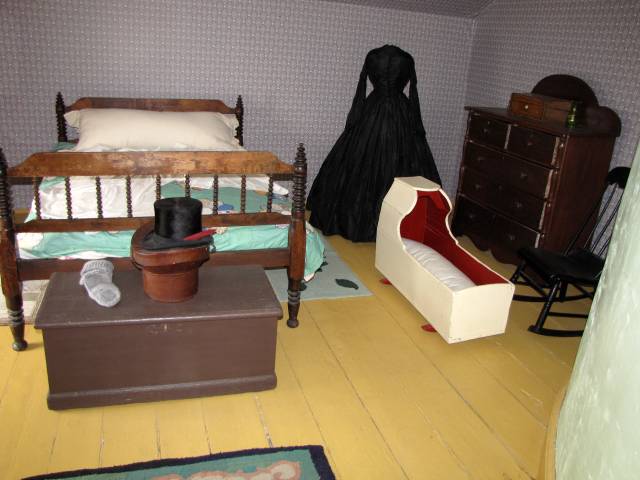 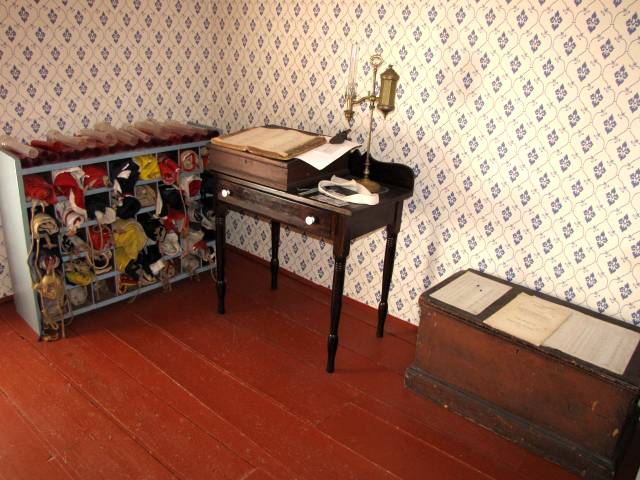 The antique oil-fired brass lamps and reflectors are a thing of beauty.  Mélanie and I are at the top of the Cape Bonavista Lighthouse in fairly tight quarters.

There is room for us to point the camera up for a photo of the lamp but insufficient space to photograph the complex mechanism beside and beneath the lamp.

The large gear mechanism resembles the inside of a huge clock and is driven by weighted cables which extend down the length of the concrete lighthouse.

The intricate and impressive mechanism keeps the lamps turning and functioning as an important navigation system for ships being tossed around in the ocean on their way to port of call, likely St. John's in early days. 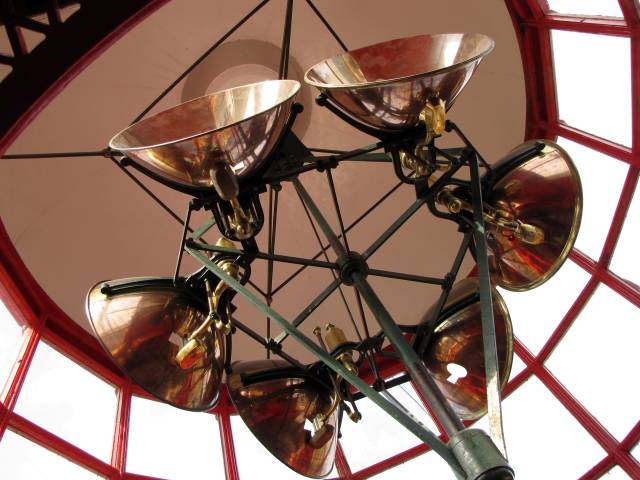 Cape Bonavista is an interesting and very beautiful place.  An added bonus is only a 3.0 KM (1⅞ mile) drive away to Dungeon Provincial Park.