Bankhead is a ghost town on the flank of Cascade Mountain south of Lake Minnewanka in Banff National Park, Alberta, Canada.

Between 1904 and 1922, it was the site of a modern, world-class coal mining operation.  Keep in mind, Banff National Park became Canada's first National Park in 1885.  Lower Bankhead contained the industrial component with most of the residential area above in Upper Bankhead.

Just above the remnants of Lower Bankhead, and above parking, are the ruins of the Holy Trinity Church, constructed in 1908 and serving an international community, including immigrants from many countries, until the mine shut down in 1922.  The marker sign has been removed but an old photo follows which illustrates the church. 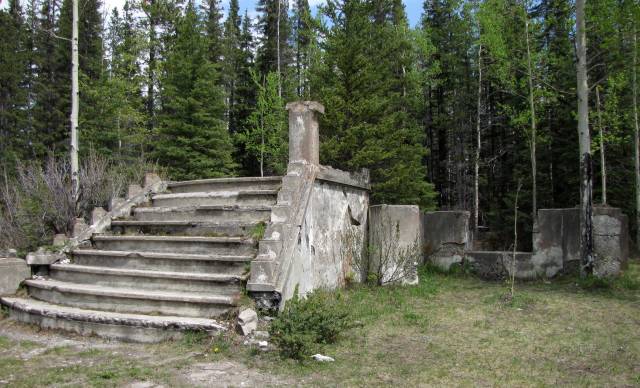 The church was sawn in half, loaded onto railway flat cars and relocated to Calgary where it was reassembled and continued in operation until 1962. 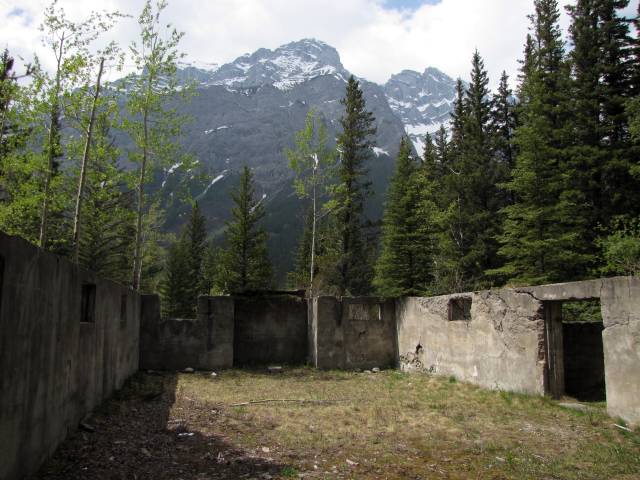 At the small Lower Bankhead parking area the industrial mining area is a large, flat field at the bottom of the hill. 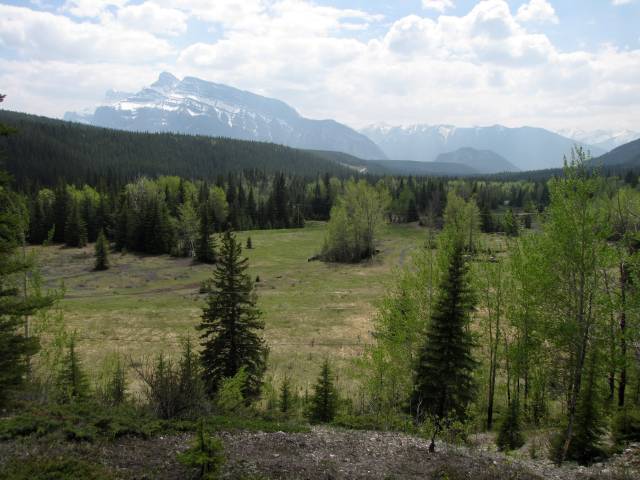 Stairs descend from the interpretive exhibit to arrive at the Level A mine shaft location and the Lamp House.  Each miner was issued a lamp at the beginning of the day before entering the mine.

At the end of the day, lamps were checked back in and if any were missing, a search for the lamp holder was immediately conducted.

Many people lost their lives in the mine.  The interpretive trail is a kilometer-long loop on black coal trail through the ruins of the industrial complex.  Interpretive plaques are plentiful but not complete.  There is room for speculation and imagination. 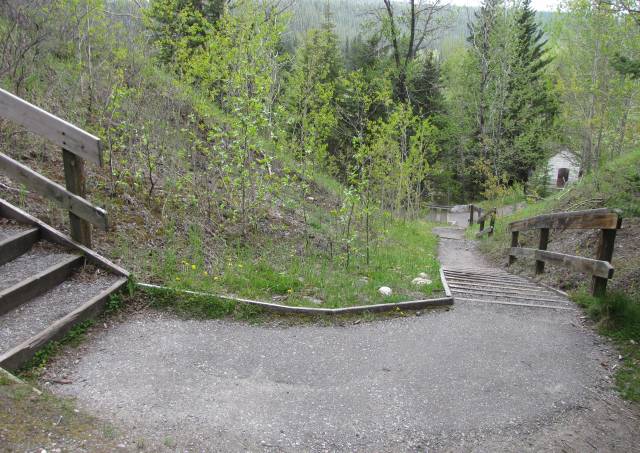 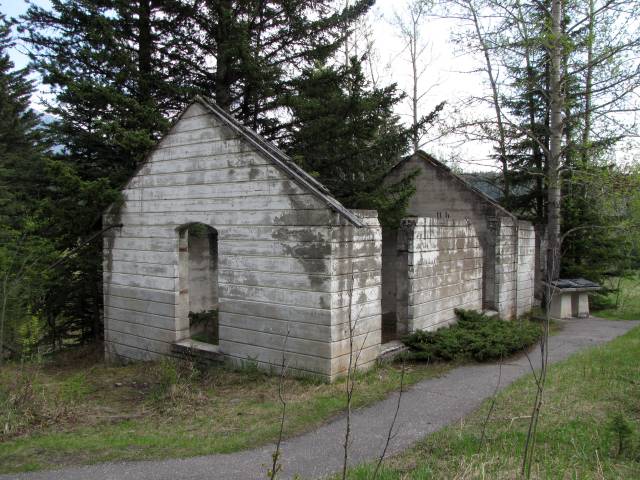 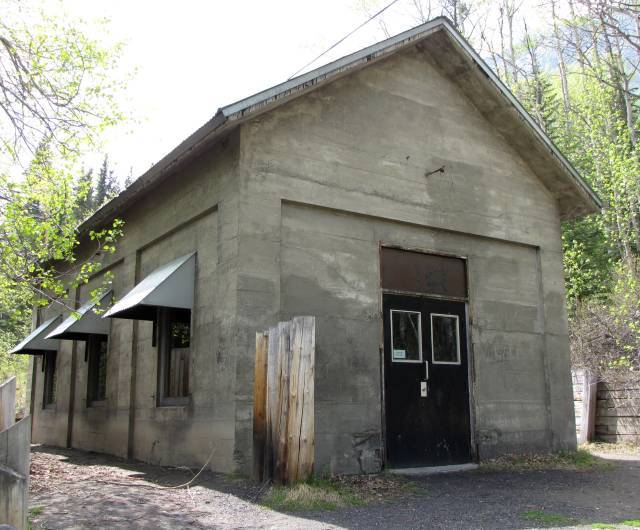 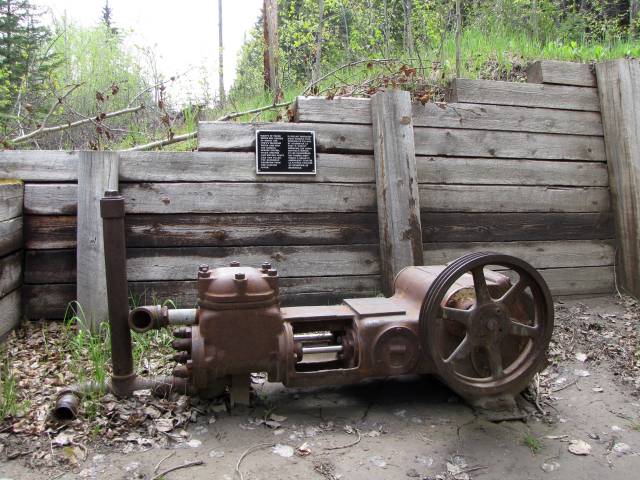 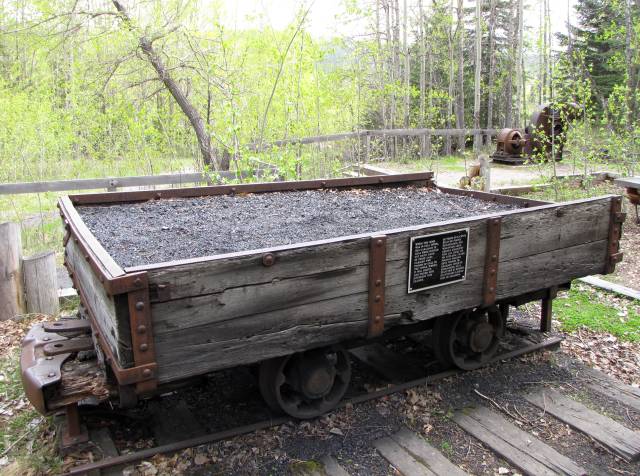 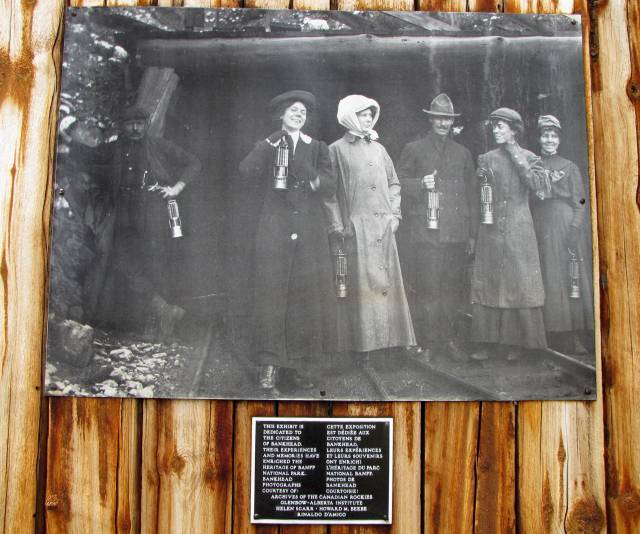 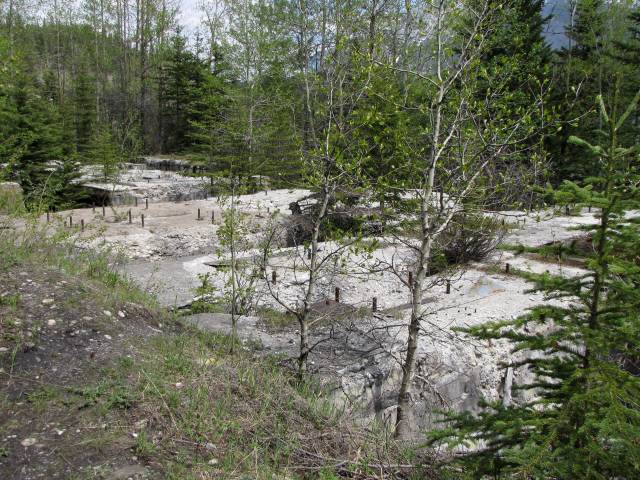 A short distance further along the trail, little remains of the Boiler House which contained nine large boilers that created steam to power mining machinery.

Although trail instructions request avoiding off-trail exploration, the temptation to forage and find fascinating features within and around the ruins is difficult to suppress. 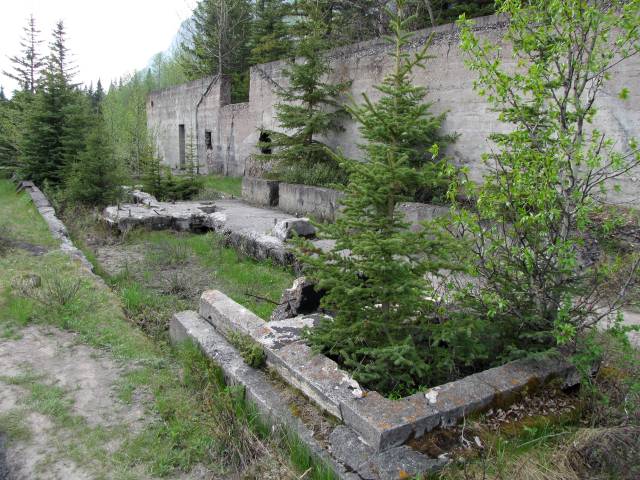 Beyond the Boiler House ruins are the remains of a coke oven and the Briquette Building.

Bankhead coal was brittle and nearly 50% of it, up to 500 tons per day, was converted into briquettes for heating homes and firing Canadian Pacific Railway steam locomotives. 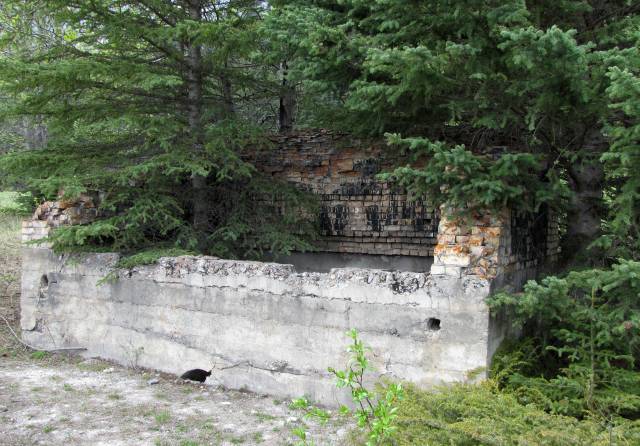 At the far end of the interpretive loop, a spur trail takes off to Cascade Ponds.  The loop passes by multiple, large mounds of unusable pebble coal called Slack Heaps.

The Chinese mine workers who toiled primarily in the nearby tipple, lived in a shanty town behind the coal slag heaps.  The large quantities of rhubarb plants throughout the area originated from their gardens. 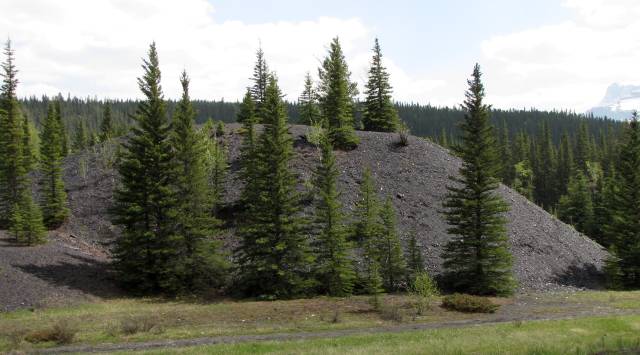 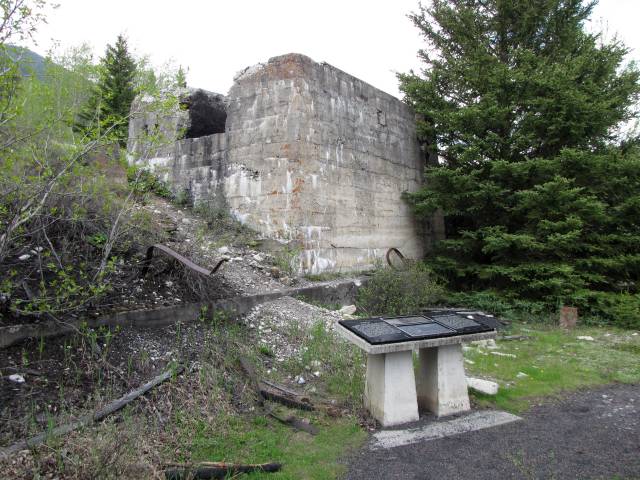 All that remains of the 30 meter tall tipple building are a few broken foundations surrounded by lumber debris. Hundreds of Richardson's Ground Squirrels are darting about and chirping.

There are many foundations and large depressions in the ground, without supporting explanations, in the large, surrounding fields.  The coal and miners were shuttled back and forth by a compressed air engine hauling cars over rail lines. 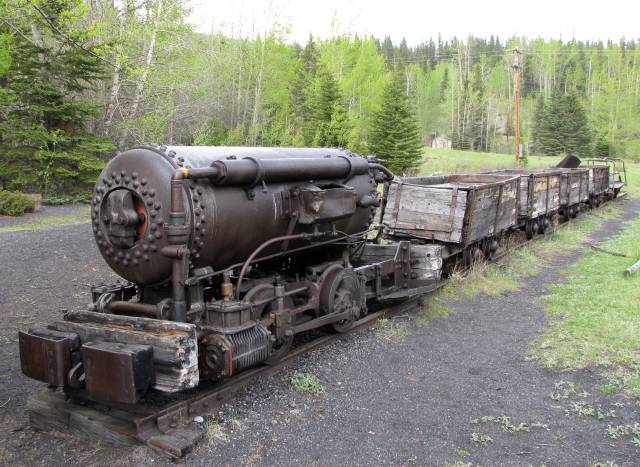 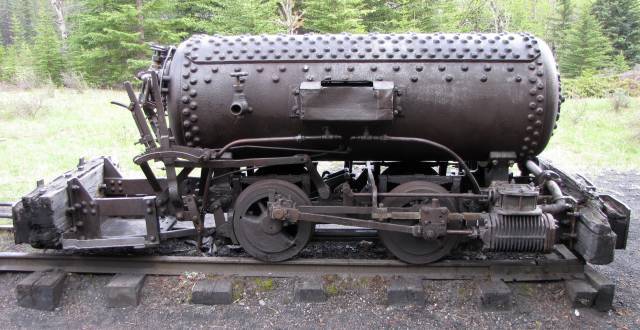 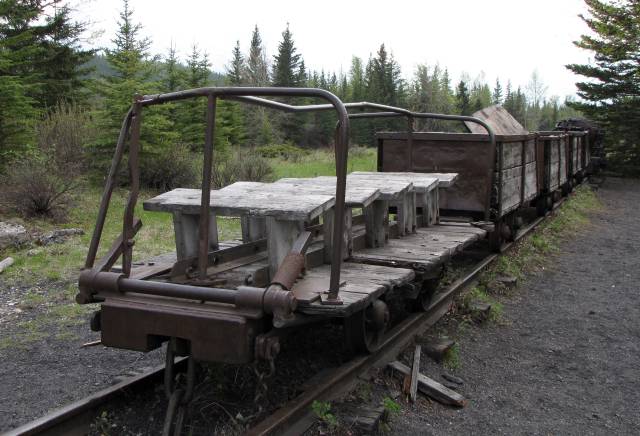 Back at the Lamp House where the circuit begins at the indistinguishable A Level mine entrance (all Alberta abandoned mine shafts are sealed shut), the stair climb leads to and allows spending a few minutes reviewing historical pictures at the main top viewing platform.

One of the presentations was prepared in April of 1998 by Louis Trono who was born in Bankhead in 1909.

The old pictures are interesting and help to determine the layout of Bankhead as well as shedding some insight into life at those times.

A quick wander down the road takes me to the World War I Memorial to reflect and pay respect to those who made the ultimate sacrifice in the defense of our country. 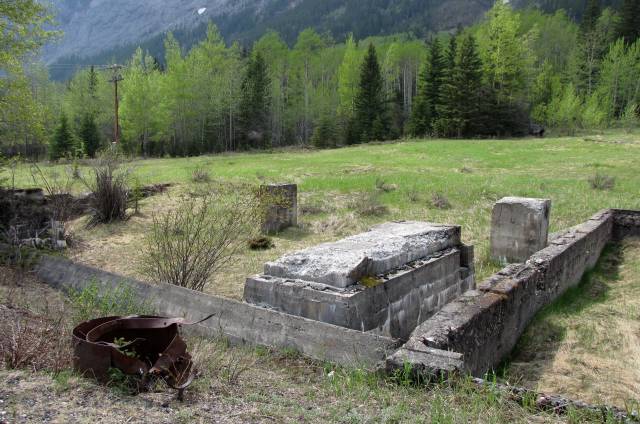 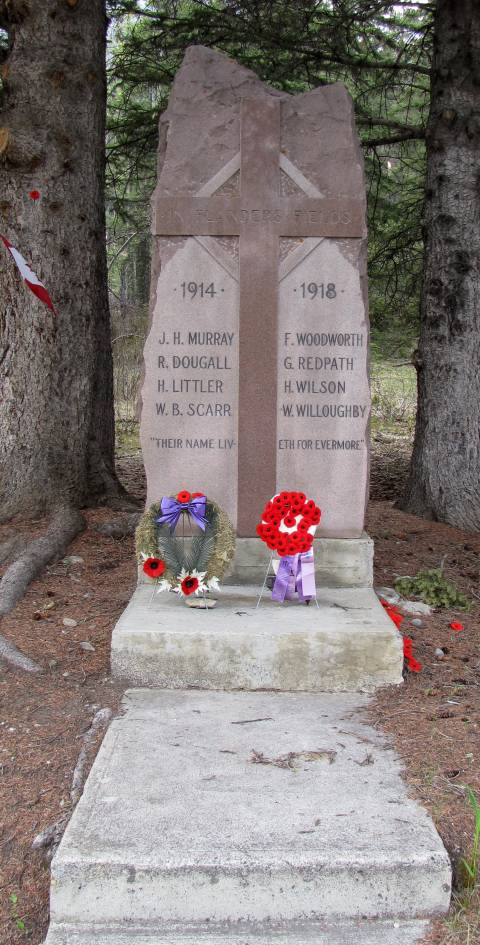 Adjacent to and beyond the War Memorial a trail leads uphill into and through the forest. 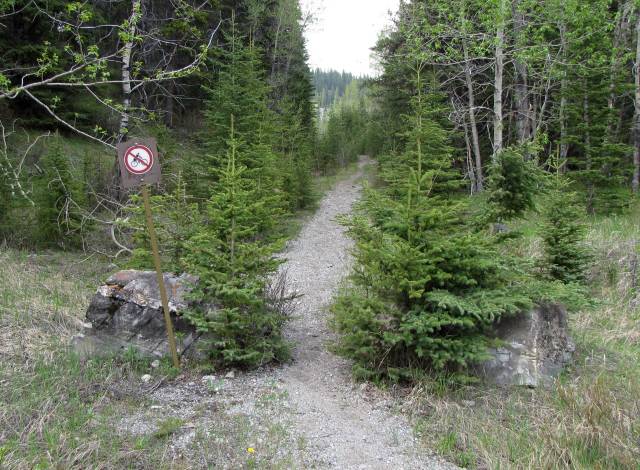 The trail leads to more foundations largely reclaimed by forest.  After a casual incline the trail eases right and heads toward the Upper Bankhead parking area.

Thrashing around in forest reveals the overgrown skeletons of mining administrative and/or residential structures. 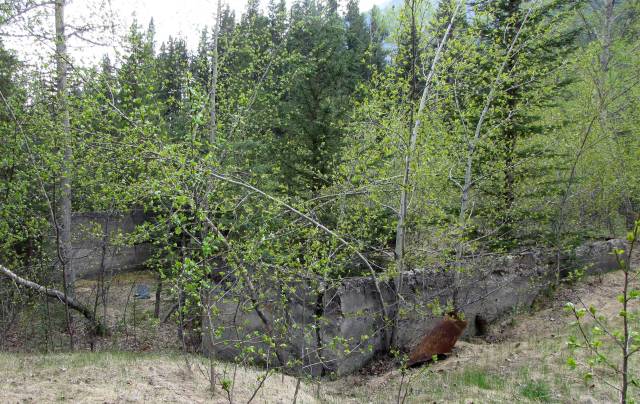 Old foundations along a trail through old Upper Bankhead

This minor hike is a fountain of discovery and a wonderful place for the inquisitive, the adventurous, or historical buffs.  Nearby picnic areas are plentiful and Lake Minnewanka is a short drive away.

A fascinating and historically rich adventure is available to anyone choosing to take the hour-long drive west from Calgary into this beautiful wilderness area near the Town of Banff, Alberta, Canada.

There is something for virtually everyone and the experience is a wonderful opportunity to learn something of Alberta's rich mining history during pioneering days.

Further information can be obtained from Archives of the Canadian Rockies - Glenbow - Alberta Institute.