Hoodoo Hall is a spectacular canyon in the Ghost River Wilderness Area. 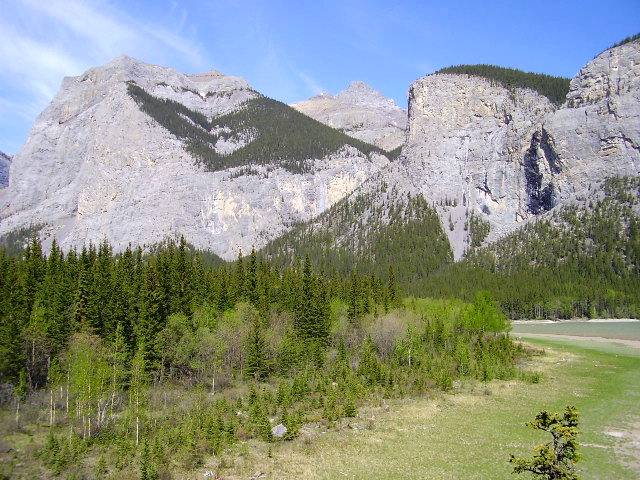 The Ghost Region is north of the TransCanada Highway and Kananaskis Country and, close to the east border of Banff National Park, Alberta, Canada.

The day begins with a drive about 13 KM (8.4 miles) west of Cochrane, Alberta on Highway 1A to a right turn (north) onto Forestry Trunk Road 940, followed by a 26 KM drive north to a left turn onto the nondescript, private Ghost River Road constructed by TransAlta Utilities.

The closed entrance gate makes it necessary to open the gate to allow the car through, into the field, followed by the very important closing of the gate behind to prevent roaming livestock from wandering out from the enclosure.

An additional 17 KM of exciting road later arrives at the top of a steep hill which winds down to the Ghost River.

A conventional vehicle must park at the top of the hill and the hike would begin at this point, adding an additional 8 KM (5 miles) return to the route.

Descending the hill enters four-wheel drive territory which the jeep will negotiate along rough, rugged road and a significant river crossing.  A high clearance vehicle is mandatory. 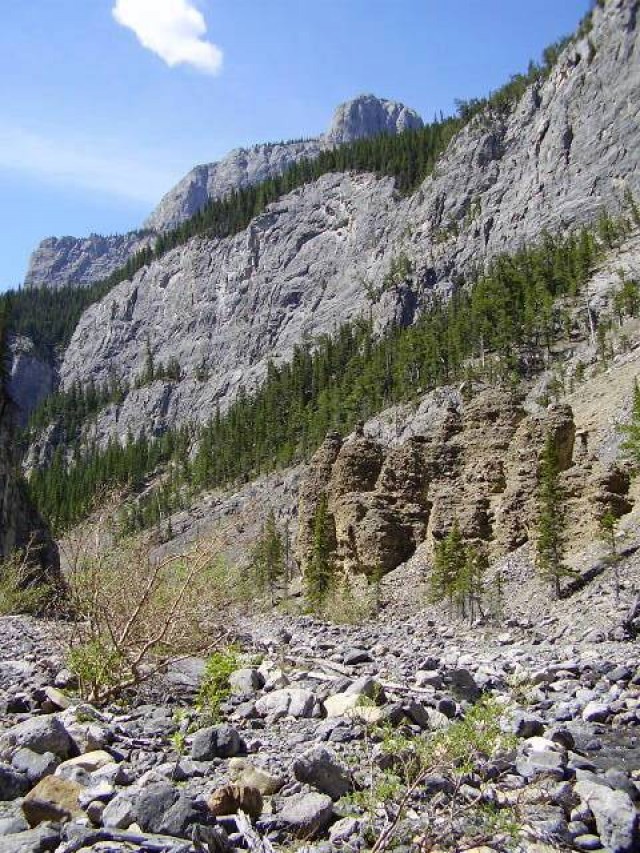 The four-wheel drive vehicle crosses cobble, water and gravel to the signed trail-head.  The primary route from this trail-head is though Devil's Gap to Lake Minnewanka but today's objective will be an off-shoot trail through a spectacular canyon called Hoodoo Hall.

The trails require careful route finding using a guide and map and good visuals along the trail provide guidance towards the canyon entrance.  There may be water crossings.

These routes between Banff National Park and the Ghost are rife with history of early trade development on trails established, first by wildlife and subsequently, by the Native People. 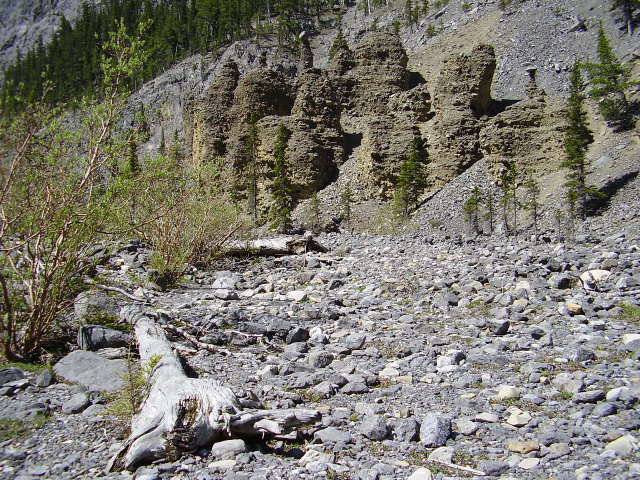 The hike proceeds just less than a kilometer (½ mile), past the First Ghost Lake and through obvious Hoodoo Hall prior to taking a camouflaged trail fork to the left which is obscured by trees. 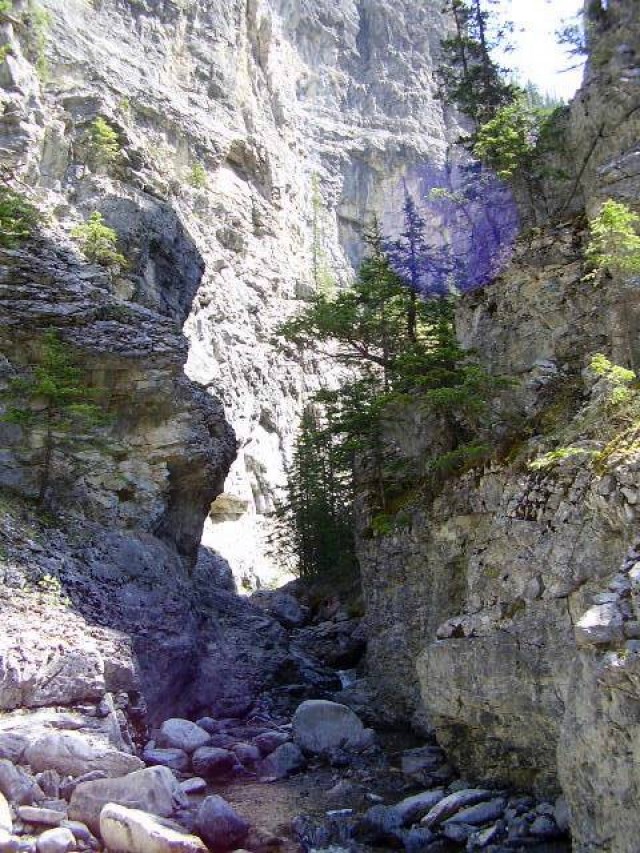 Entrance into the canyon leads over and around boulders and beyond to an incredible, surreal experience in a tight canyon with lofty vertical walls. 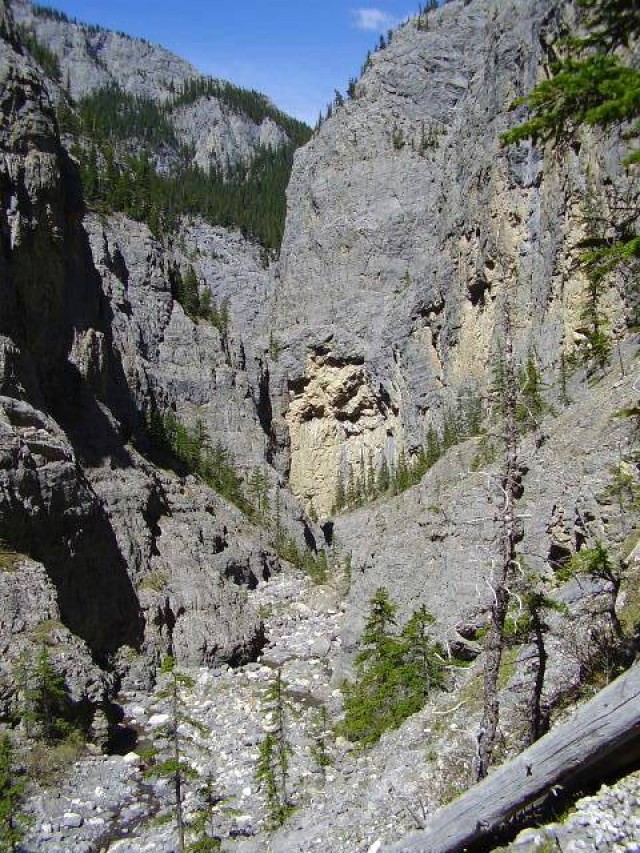 Past the Yellow Wall, the Green Angel Waterfall looms more than 50 meters (164 ft) above.  Water flow is low and the narrow canyon walls leave nowhere to go that will allow the camera to photograph the entire waterfall in a single frame so the alternative is first the top, then the bottom.

Negative ionization created by the falling water, combined with the echoing sound of water against rock, is hypnotic and begs for time taken to absorb and energize the senses. 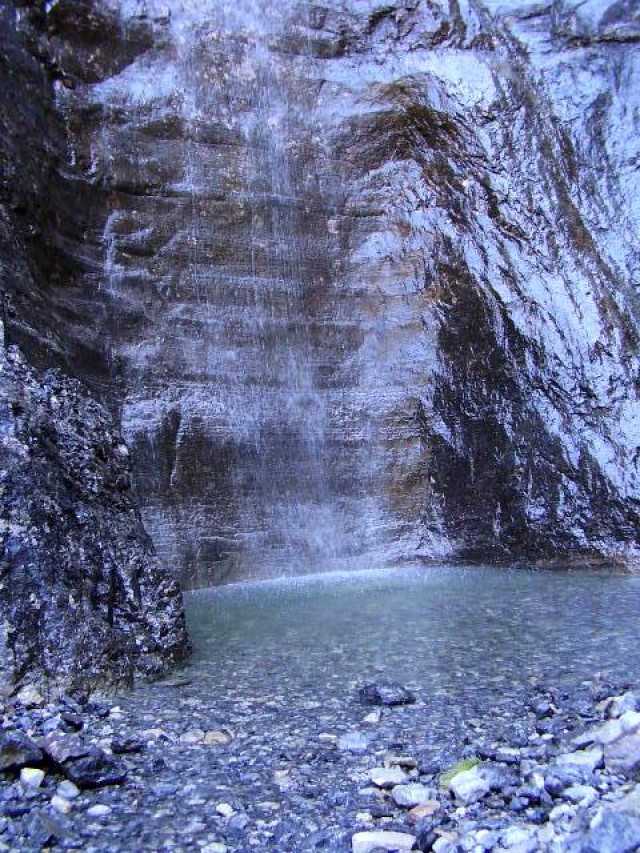 After an appropriate break in momentum,  the hike continues for another kilometer through the tight canyon.

As the canyon twists and turns past branches on either side, there are multiple opportunities for short scramble ascents into draws which reveal pools of sun-warmed, crystal water nestled in smooth, rock bowls created by eons of perpetual runoff.

Often the tiny streams disappear underground into the surrounding wilderness. 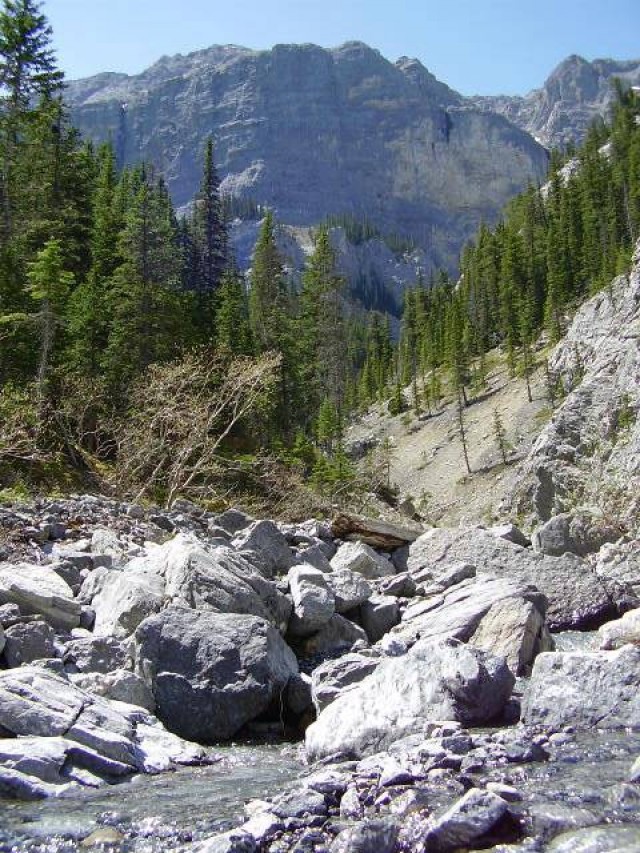 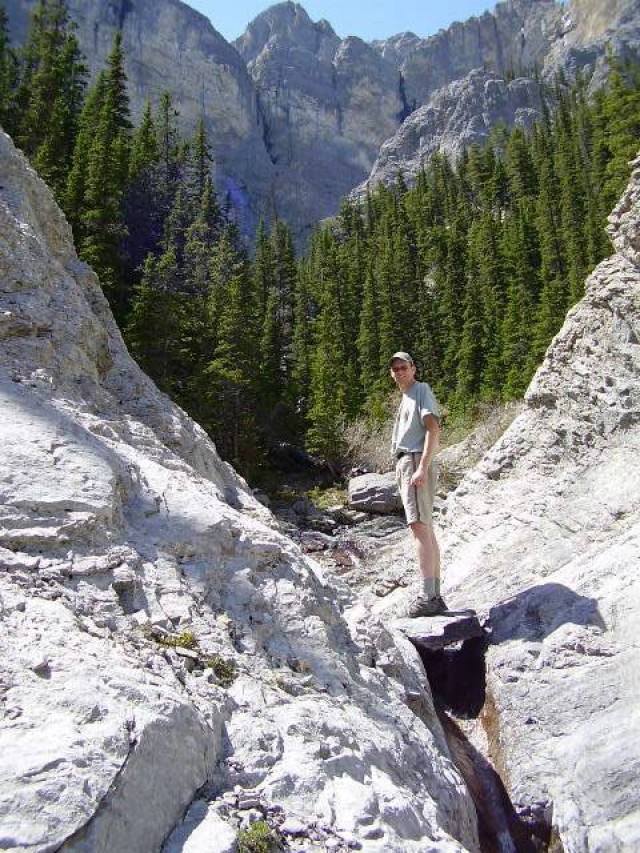 When the canyon opens up, massive walls come into view and previously constricted views transform into sky and cliff.

The hike continues through fascinating rock corridors topped by evergreen forest but the option to continue is truncated with the decision to turn around near Orient Point and enjoy the same trip in reverse where the experience is again a unique, fascinating visual and auditory treat.

Exiting Hoodoo Hall, the setting sun creates color-charged images at the hoodoos which are highlighted by lengthening dark shadows which beg to be captured by the mind and the camera.

A GPS may help outside the canyons but would be of limited or no value within the steep and tight canyon walls.