The previous day's hike over Balu Pass into Cougar Brook Valley, scrambling through Nakimu Caves and hiking the 7 KM (4⅜ miles) back out, has taken its toll.  Sore muscles are combined with a plethora of bruises, damaged shins and the right hand is inexplicably swollen to twice its normal size.

There is no specific recollection of injuring the hand but all is back to normal within a couple of days.  No harm done. 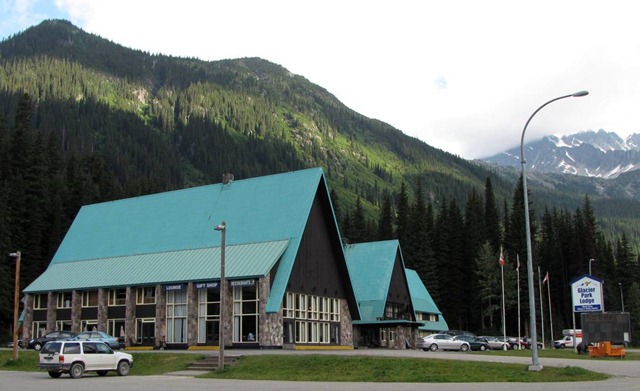 The inability to tackle another physically demanding hike turns out to be a blessing in disguise.  Railroading holds huge influence in the history of this part of the country and, this week, Railroad Days are being celebrated in Revelstoke to recognize the 125th anniversary of the railroad being established from coast to coast across Canada.

The event shines as a significant achievement and national contribution in Canadian history.  The last spike was driven in Craigellachie, British Columbia at 9:22 am on November 7, 1885.

Glacier Park Lodge provides better than adequate accommodation.  The second floor room has everything needed and the window looks out to the Illecillewaet and Asulkan Ice Fields directly over the top of Parks Canada’s Rogers Pass Discovery Center.  The Discovery Center is closed until the following spring for major renovations.

Parks Canada Information and the Friends of Mount Revelstoke and Glacier are operating out of a second floor conference room at Glacier Park Lodge.

On this day, an event is being held at the summit of Rogers Pass, a kilometer south on the TransCanada Highway, from Glacier Park Lodge.  The leisure day decision is to attend to pass the time.

To get there, the options are to mosey along the highway for a kilometer or stroll on the Abandoned Rails Trail for 1.2 KM (¾ of a mile) one-way.  The paved trail is flat and follows the path of the original 1885 railroad route.  The asphalt is laid down over the original railroad ties so the paved path is completely unsuitable for rollerblading.

Information placards tell of the tragically sad but fascinating events which occurred here on March 4, 1910 along this path which is now historic ground. 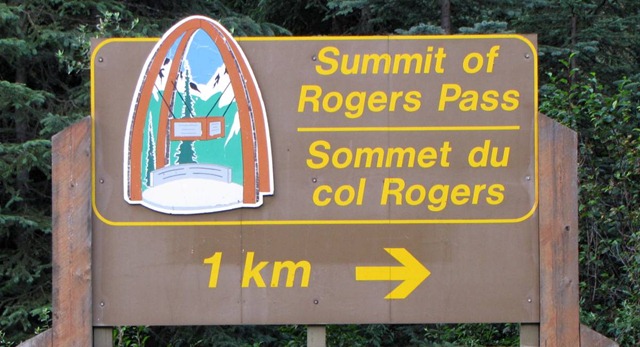 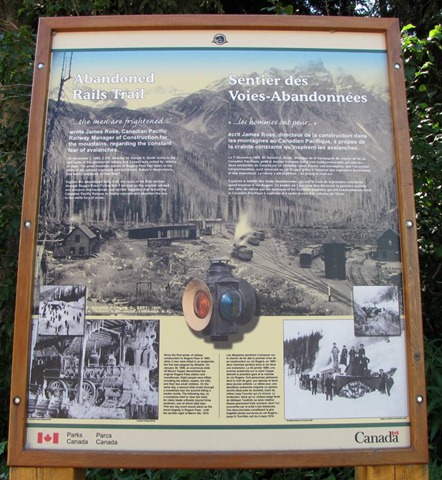 The high-altitude route through the Selkirk Mountains and across Rogers Pass travels through a tight valley surrounded on both sides by very tall and steep mountains.  Trains were frequently delayed by avalanche activity over long winters.

In late February and early March of the year 1910 snow had fallen continuously for eight straight days before an avalanche roared down the side of Cheops Mountain and blocked the tracks on March 4, 1910.

A crew was dispatched to clear the line.  Just prior to midnight another avalanche rumbled down the same chute and buried the crew.  A frantic effort was launched immediately to save the workers.

On March 5, 1910 the entire population of nearby Revelstoke, British Columbia, Canada was called upon to assist in the recovery effort.  After several days of unrelenting effort, the bodies of 58 people were recovered.

Thirty-two of the dead were of Japanese descent, recruited by Canadian Pacific Railway to supplement the scarce workforce in the area at that time.  They came willingly to Canada for the adventure, perhaps, but more so for the income to help support their families back in Japan. 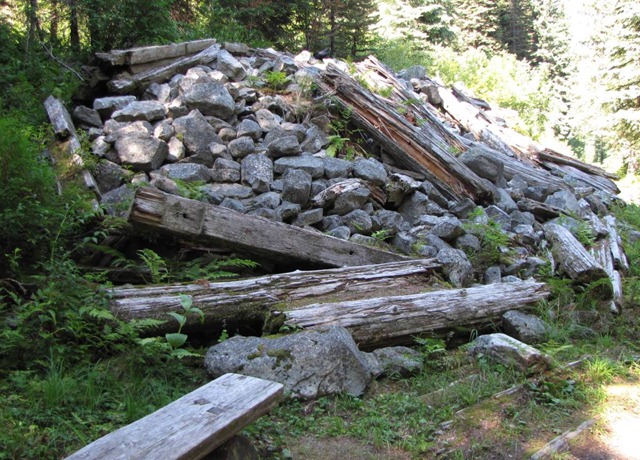 The trail travels across the ground where this horrific tragedy occurred in 1910.  As the information boards along the route provide additional information the short hike becomes quite emotional, particularly near the tangled remains of one of the now-decrepit snow sheds, originally installed to protect people and machines from avalanche. This tragic event was the precursor to major change within the next few years.  The tragic news went worldwide.

Tourist traffic declined substantially as rail travel in the area was deemed too dangerous.  Construction began in 1913 on the eight kilometer (5 mile) Connaught Tunnel bored through the base of Mount MacDonald to eliminate the avalanche threat.

The significant engineering achievement was completed and the tunnel was placed into service in 1916.  The new line bypassed Glacier House completely and the grand hotel closed its doors in 1925 for lack of business from the publicity surrounding avalanche danger.

The celebration of 125 years of rail service, paradoxically combined with the 100 year anniversary of Canada’s most tragic avalanche accident, is being hosted this day with dignity and distinction by Parks Canada at Rogers Pass. 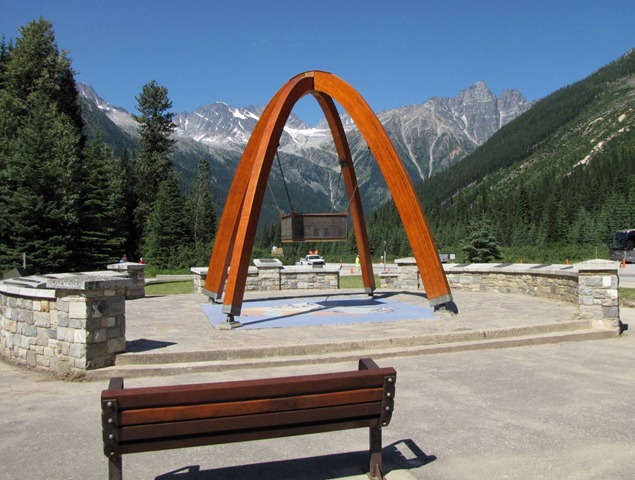 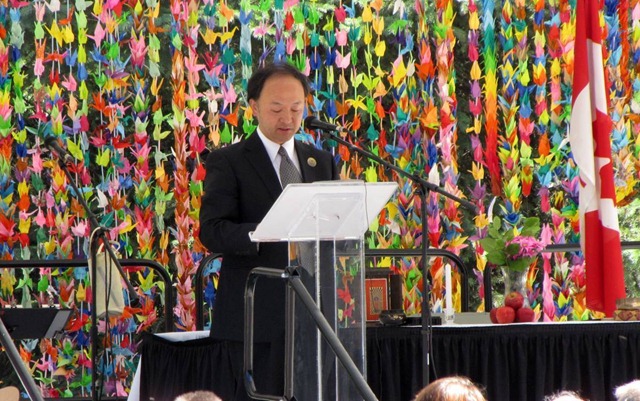 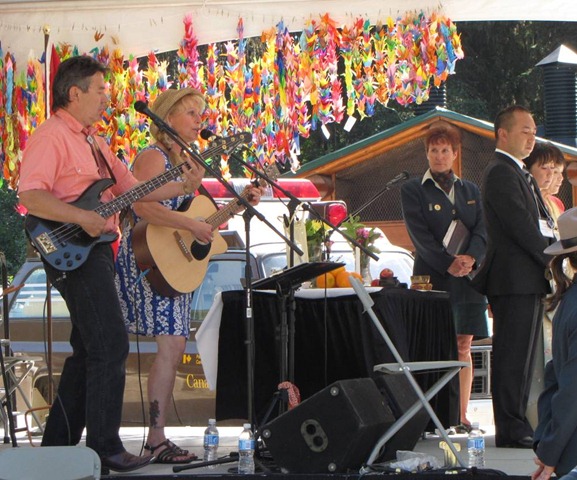 The presentation tent is adorned by over 14,000 individually crafted and colorful paper birds sent from Japan.  The presentation includes heartfelt dissertations from Parks Canada, Canadian Pacific Railway and relatives of people who lost their lives on that fateful day.

A very touching Buddhist Memorial Service is accompanied by chanting and several relatives of the Japanese victims have traveled to speak, very emotionally, on behalf of long-lost family members.

Half of the audience is shedding tears.  Folk singers from Revelstoke perform self-composed songs about the tragedy.  A very beautiful and newly constructed Rogers Pass Memory Garden exhibit is dedicated. 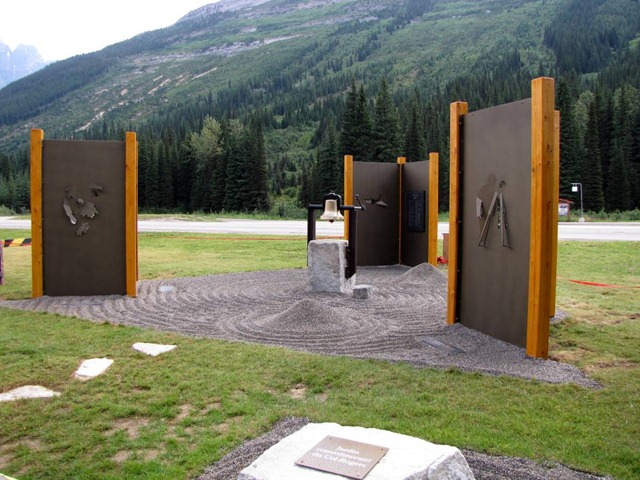 The Memorial Rock Garden stands near the Rogers Pass Monument dedicated by Prime Minister John Diefenbaker in 1962 when the TransCanada Highway was opened.  Between 1885 and 1962 the only way through Rogers Pass was by rail.

Cake is served.  Parks Canada and the supporting organizations that held this flawless and tasteful event deserve a lot of credit for this ceremony which made many in attendance, including myself, proud to be Canadian.  Overall, the dedication is a profoundly moving experience and the opportunity to attend seemed prophetic.

The return on the Abandoned Rails Trail proceeds with a pensive heart and an entirely new perspective of this great tragedy.  Without the need to recuperate from the Balu Pass and Nakimu Caves experience the previous day, attendance would not have happened.

After a short token appearance, this day is completed with preparation for tomorrow’s aggressive hike on Mount Sir Donald. 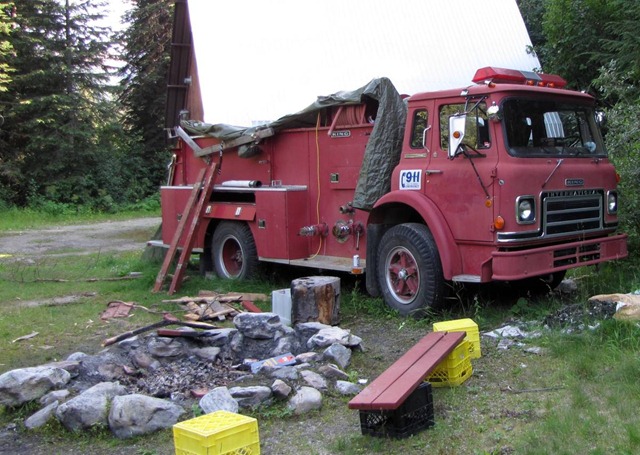