Today is a big day that has captured imagination and apprehension for more than a year.

This adventure will require one-way hiking of 7 KM (4⅜ miles) up to and over Balu Pass and down the other side into Cougar Brook Valley for exploration of the Nakimu Caves complex for a few hours followed by a return hike on the same route.

This diverse and exciting adventure will consume a long and physically demanding day.

This is the first of two posts. The project is achieved by a group of twelve people.  Cougar Brook Valley and Nakimu Caves are protected areas accessible only by special permit from Parks Canada.

The trail-head for Balu Pass is directly behind Glacier Park Lodge and the Parks Canada Rogers Pass Discovery Center. 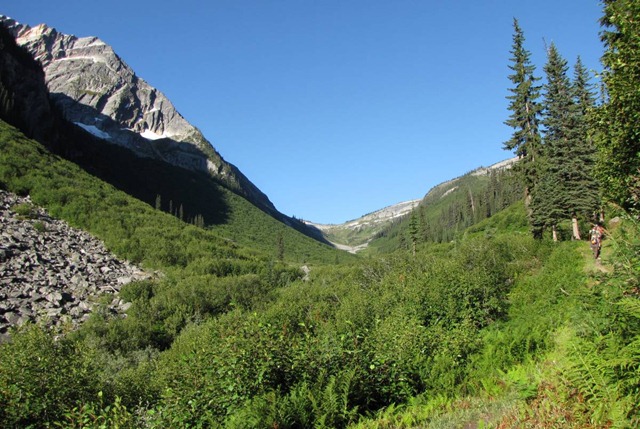 The orientation begins at 6:30 AM.  Disclaimer forms are signed and witnessed, introductions are made and instructions are given.  Our tour guide for the day is Eric Dafoe, an important member of Friends of Mount Revelstoke and Glacier National Park who has been giving guided tours of Nakimu Caves since 1983.

Perform research about changing cave exploration status.  The information in this post is predominantly obsolete and the situation appears to be changing regularly.

There are only four tours given each year.  Advance reservations are required.  There is a modest charge.  Caving gear is mandatory.  Experience is helpful.

Another key participant is Stefan who is a younger, but seasoned and technically skilled spelunker, currently giving tours of Rat's Nest Cave in Canmore, Alberta, Canada.

By 6:50 AM, hiking on switchbacks through stands of mountain hemlock and huge Engelmann spruce forest along the trail to Balu Pass. 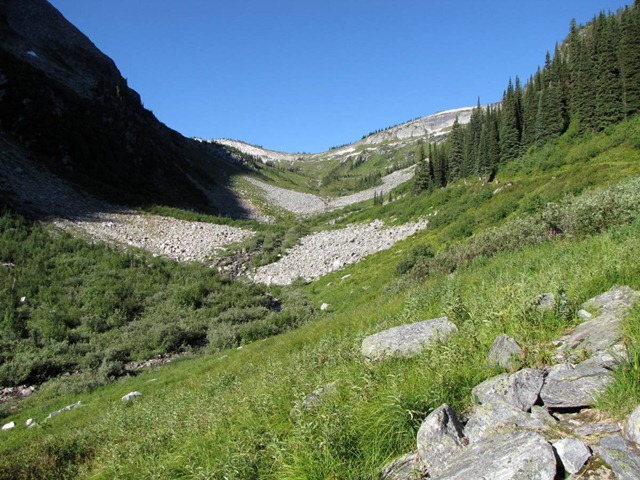 Each of us has a bad day periodically.  Today is mine.  Efforts are made to maintain pace but nothing is happening and soon the group is substantially ahead.

Eric is leading and Stefan is sweeping to monitor the slow and labored pace.

Within an hour the forest opens to a broad valley surrounded by mountains draped with avalanche chutes and substantial running water feeding Connaught Creek adjacent to good trail. 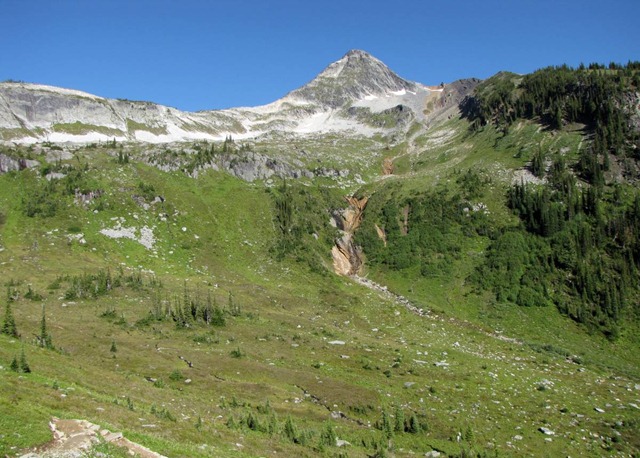 Surrounding mountains are named Grizzly Mountain, Ursus Minor (Ursus is the Latin word for bear) and Ursus Major.  This is Grizzly bear country although, throughout this entire day, there is no evidence of bears whatsoever.

A lengthy trail reroute from grassland to newly placed stone slab, two-thirds of the way up, adds minor distance to the hike. 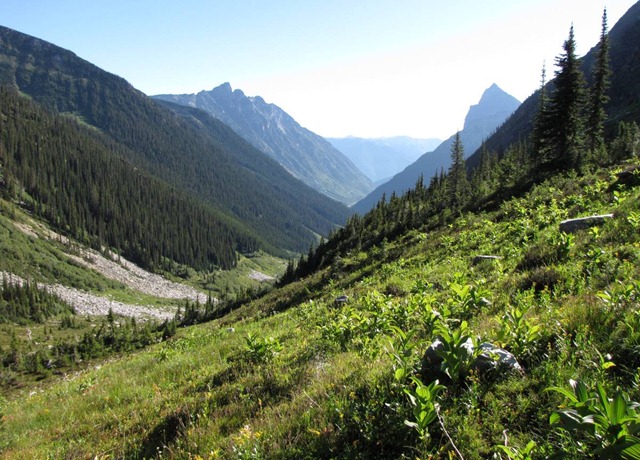 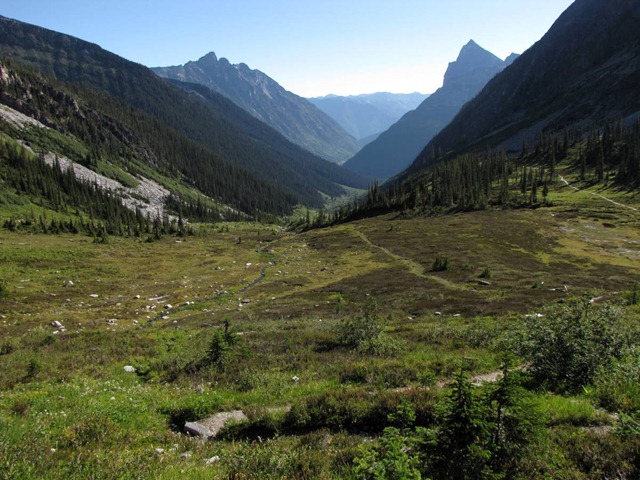 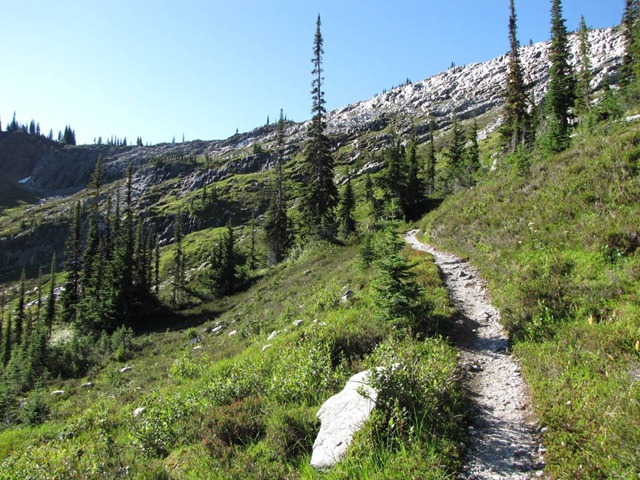 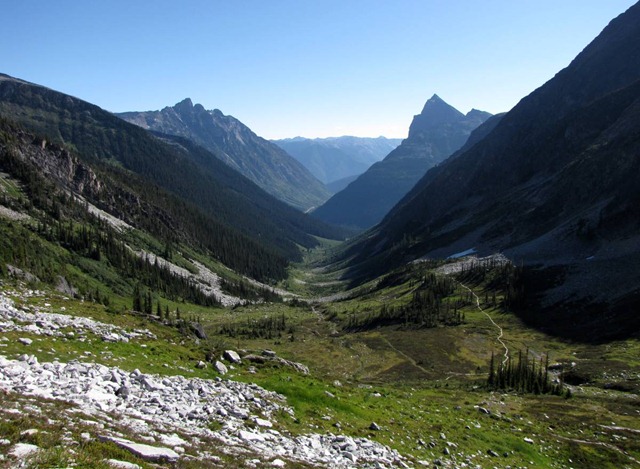 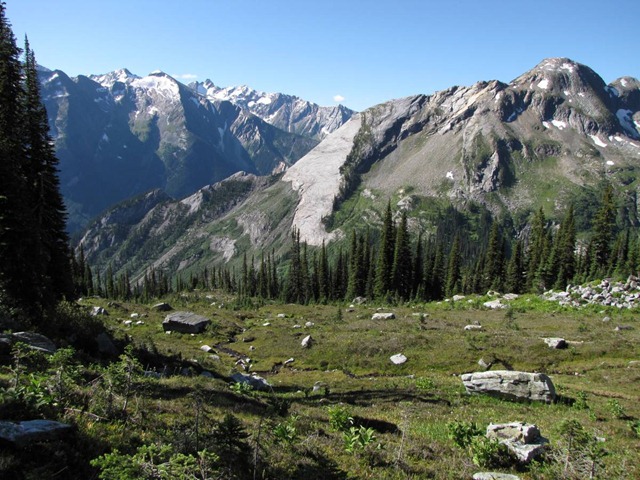 In the final kilometer and a half the trail is steeper on switchbacks to the summit.  Glaciers are visible in the distance.

Arrival at the summit of the alpine meadow at Balu Pass, 20 minutes behind the main group, there are a few minutes to rest and hydrate before dropping into Cougar Brook Valley as a tight and intentionally noisy group. 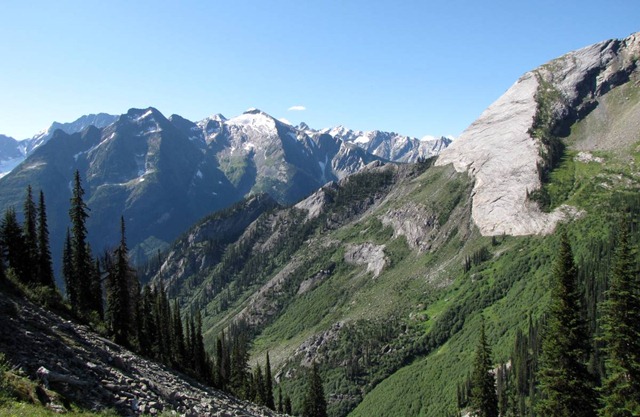 The hike descent is a 450 meter (1,476 ft), steep decline on sketchy, overgrown, winding switchbacks.  The hike proceeds through bear territory and towards the bottom the hike is occasionally through dense brush but there is no evidence of bear activity.

The hiking portion of the trip to Nakimu Caves terminates at the ruins of a tea house constructed by Canadian Pacific Railway in the early 1900s to cater to adventuresome Glacier House visitors.

The photo of the old fireplace is the demarcation point between the hike in and the hike out after scrambling in the caves. 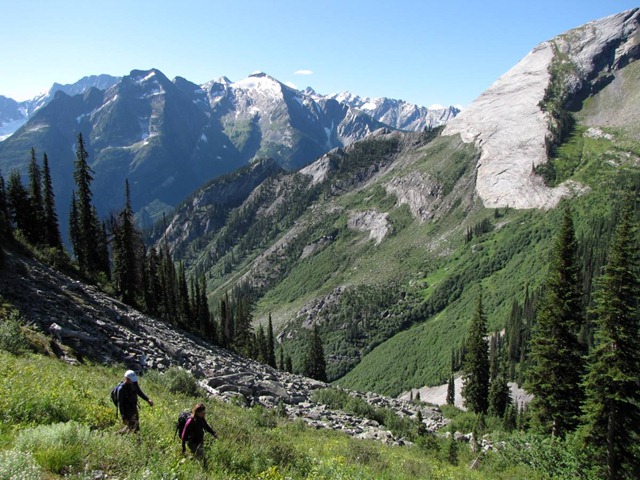 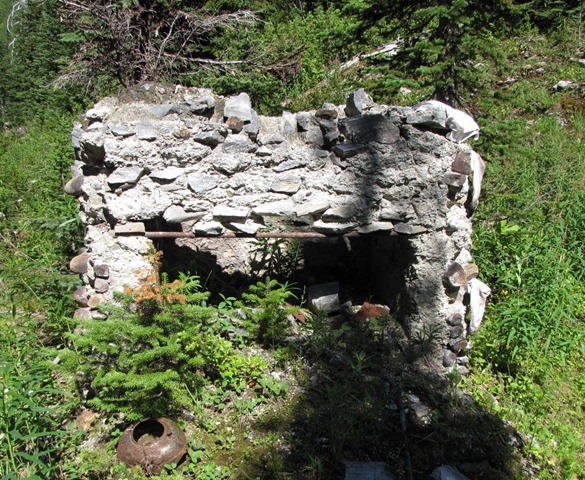 Exhaustion at the end of the cave tour is concerning but the relatively short ascent from Cougar Brook Valley to the summit of Balu Pass will begin the descent to the trail-head.  Descent is easier than ascent.

The younger people hike ahead to get on with their lives.  Eric Dafoe provides personal escort for my independent departure from Nakimu Caves in a gracious and appreciated gesture for the hike out.

Eric is a dedicated man, with a passion for mountains and caves, who has done a lot of work over many years to promote and preserve access to the natural treasures near Rogers Pass.  Several hoary marmots visit on the return trek. 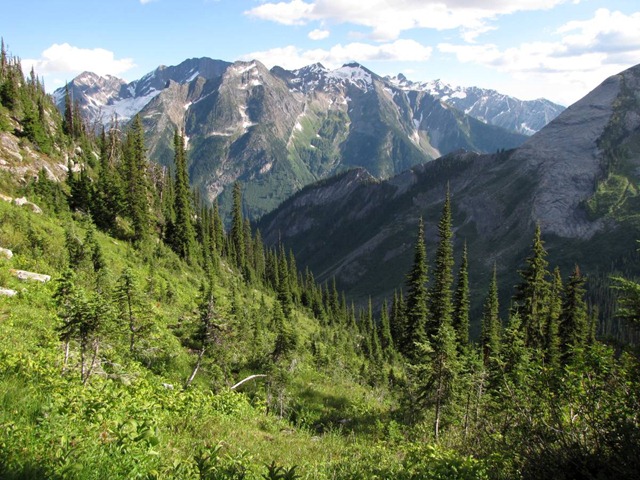 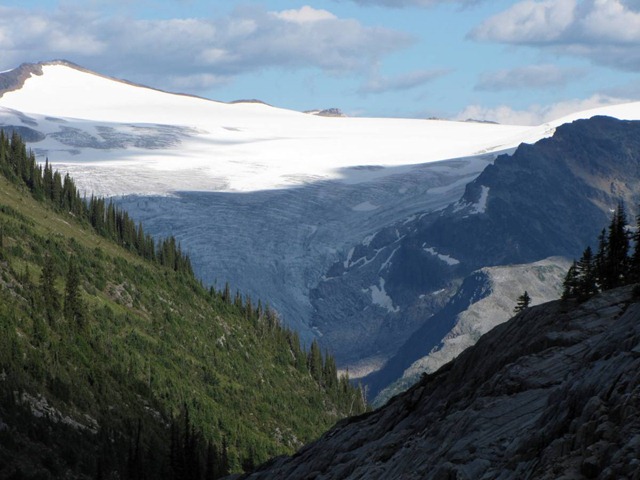 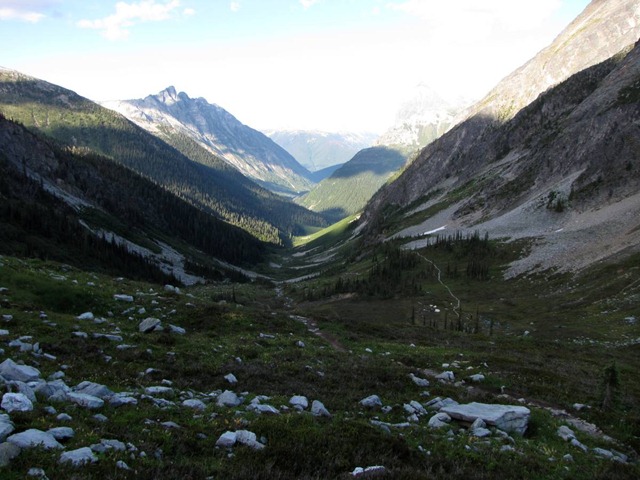 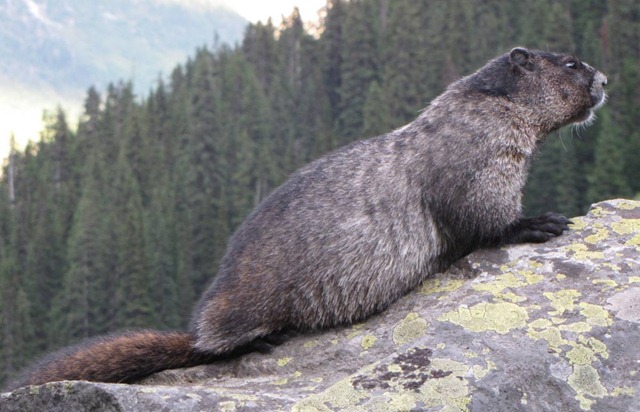 At the end of the day, on the final stretch, Eric provides accompaniment back to Glacier Park Lodge on the old Balu Pass trail to minimize elevation differential.

Following this challenging day there is insufficient energy remaining to eat dinner. There may be no hiking tomorrow.  It happens.