From the Illecillewaet Campground parking area, the Avalanche Crest Trail begins directly across the 1885 Rails Trail, bearing left and north through cedar-hemlock forest on a steady climb through moss and fern aprons bordering good trail.

Consult your hiking guide and map. 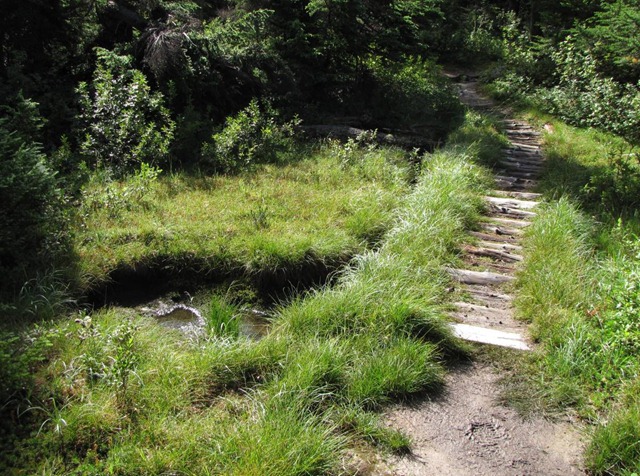 There is ample evidence of original trail construction from more than a hundred years earlier.  A series of switchbacks leads to an old wooden bridge over a crystal clear stream. 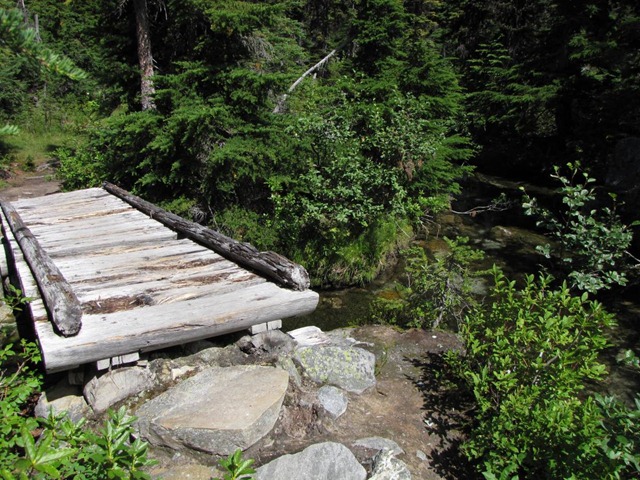 On the other side of the bridge a hidden treasure is revealed.  A tight turn in the stream has created a still pond of quiet, flawless water that begs for a quick dip.  Even though hiking solo provides the opportunity, the water is glacier-fed and frigid. 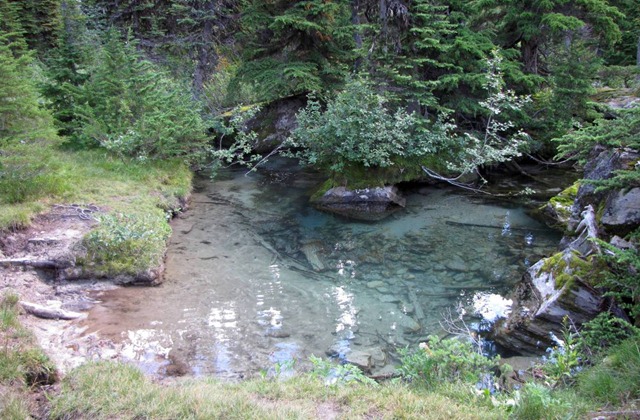 The quality of trail past the pond deteriorates rapidly on steep switchbacks which gain elevation rapidly past 2,846 meter (9,337 ft) Eagle Peak and the tree line into large areas of rock fall interspersed with blossom-rich alpine meadows.

Marmots are either scurrying about or basking in the sun.  The upper half of the trail is rugged with rocks, roots and washouts created by running water and difficult steep steps which are occasionally close to scrambles.  The trail is rugged. 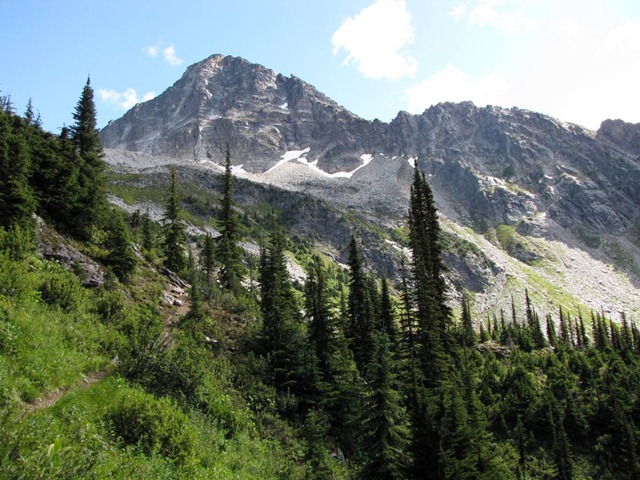 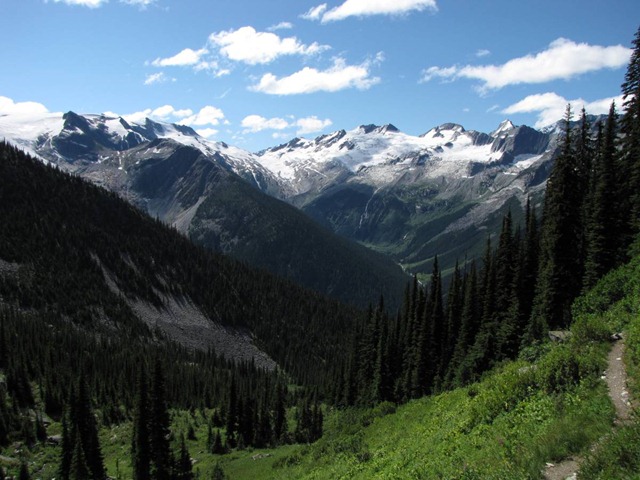 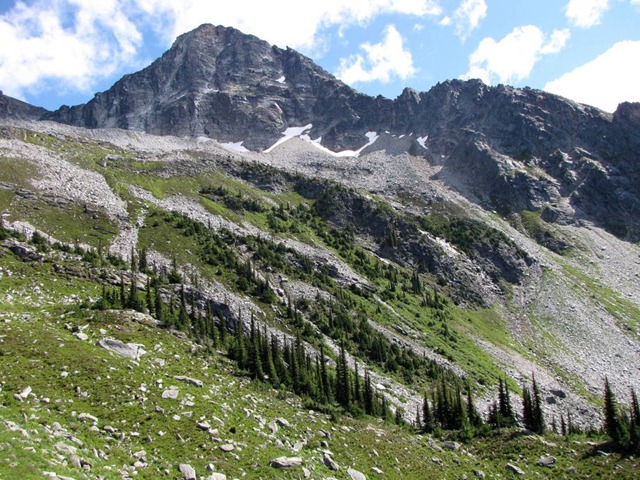 A cairn marks the first end of the trail in an impressive rock bowl underneath 2,861 meter (9,386 ft) Avalanche Mountain but the trail continues left onto a short steep climb to the top of Avalanche Crest where another cairn marks the second end of trail. 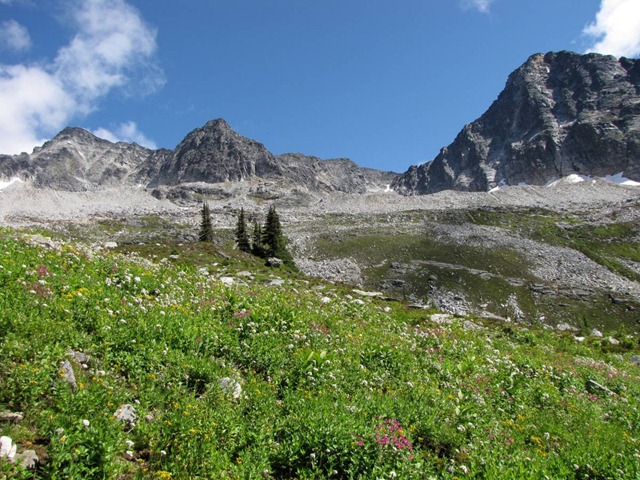 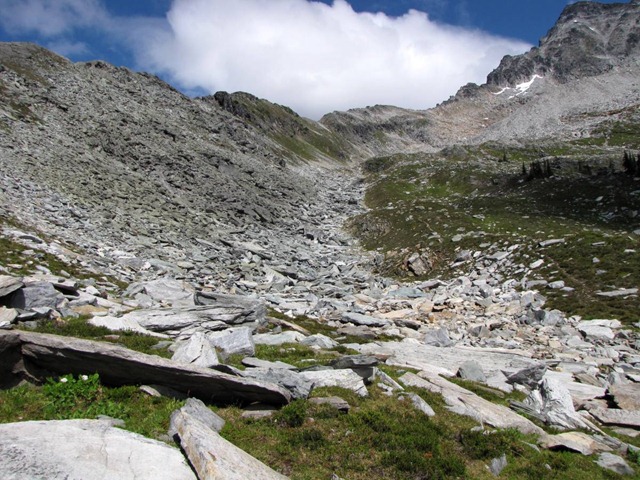 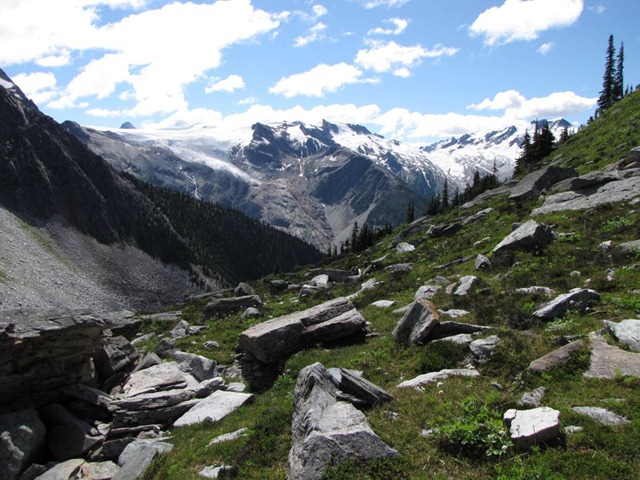 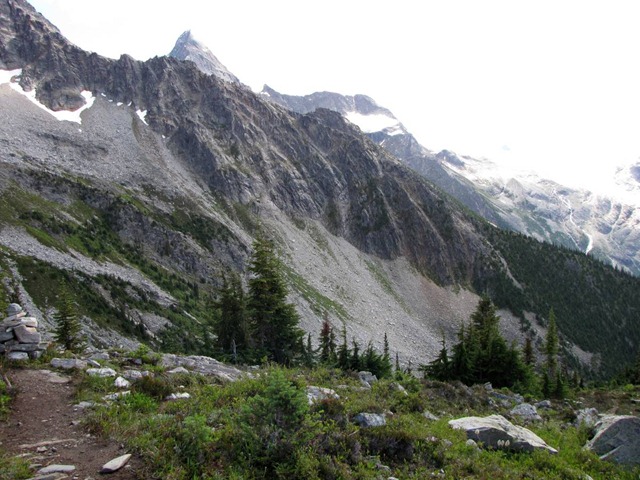 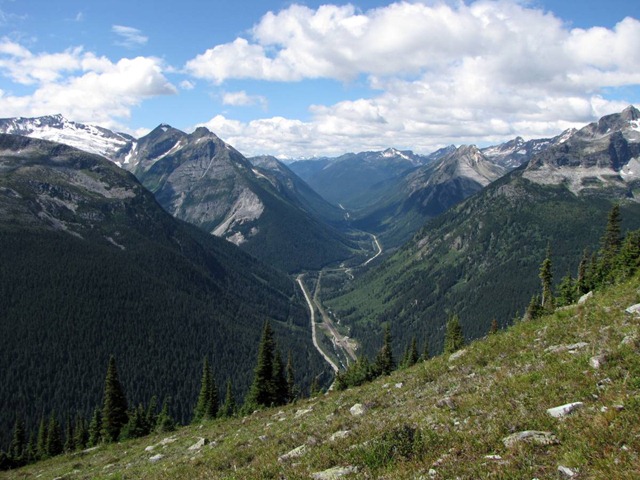 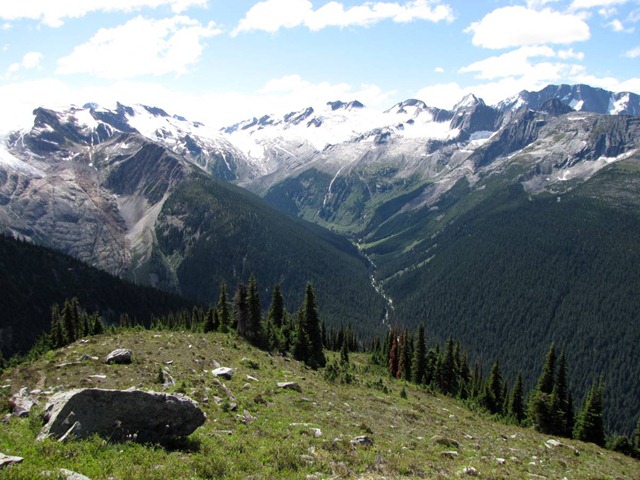 At the top of the ridge, panoramic views immediately saturate the entire field of vision.  This is a wonderful place to enjoy lunch before returning via the same route used for access.

Aptly named, Avalanche Ridge is near the location where, in 1881, Major A. B. Rogers first viewed the valley below which would provide the Canadian Pacific Railway passage through the seemingly impenetrable Selkirk Mountains. 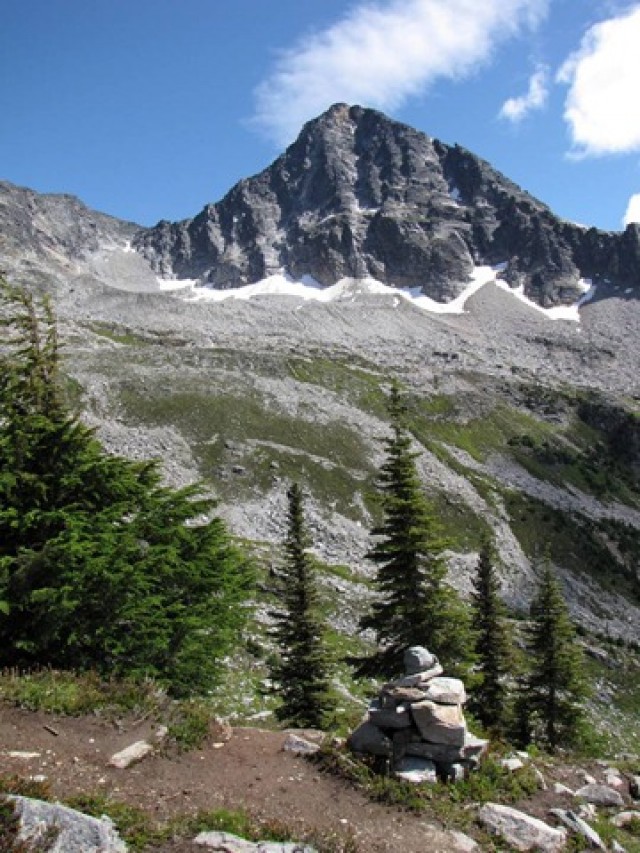 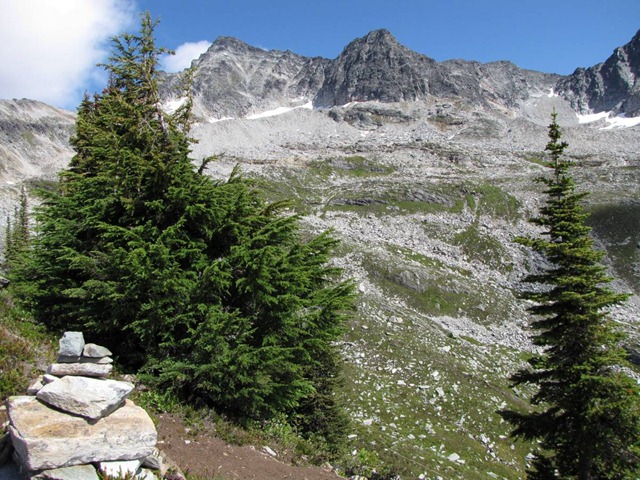 Hypothetically, less physical hikes are intended to save energy for tomorrow’s major mission.

The Avalanche Crest Trail is a great hike, but has turned out to be a more aggressive endeavor than bargained for and likely plays a role in tomorrow’s performance.

Back at Glacier Park Lodge, an hour of pleasant conversation with Jan from the Czech Republic, is enjoyed in the sun, at the outdoor hot tub before a big dinner.

All that remains is packing up for the next very aggressive day, and going to bed early.