The Ghost Town of Anthracite is easily accessible off Tunnel Mountain Road near the Town of Banff.

Anthracite is a ghost town located 7 kilometers (4.4 miles) NE of the Town of Banff on both sides of the TransCanada Highway west of Calgary, Alberta, Canada.

The mission today is to locate a memorial plaque, placed, after 1972, at the burial site of a child who drowned in the Cascade River in 1883. 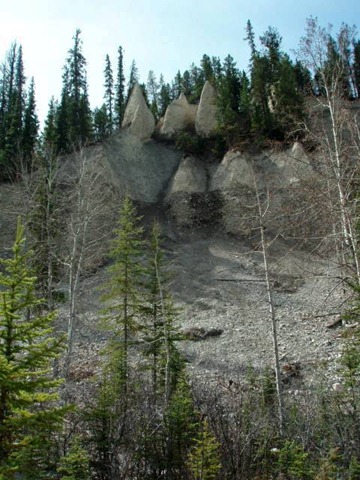 Hoodoos at the ghost town of Anthracite in Banff National Park, Alberta, Canada

An abandoned tire from an old turn-of-the-century coal mining truck.

On the south side of the TransCanada Highway, this old coal mining town was operated by the British-owned Canadian Anthracite Coal Company from 1886 to 1904 with a predominantly immigrant population near 300.

At its peak the town boasted a hotel, general store, hardware store, pool hall, barber shop and restaurant.  The vulnerable town was largely decimated by the 1894 Cascade River flood which destroyed bridges and several buildings.  The worst was yet to come.

On June 16, 1897 the Cascade River flooded again.  In spite of the construction of dams, the water rose above them and entered the mines, killing the entire horse and mule population trapped underground as well as destroying many homes near the river.

By 1904 the majority of the population had moved a few kilometers north to the Bankhead Mine which began operations the same year.  Anthracite became a ghost town.

The unsuccessful search for the memorial plaque consumes the morning of a fabulous day.  Lunch is enjoyable in the sun at Anthracite under the massive presence of towering Cascade Mountain.  The mine remains are on the North side of the highway and bits of equipment and infrastructure remain visible near the coal slag heaps. 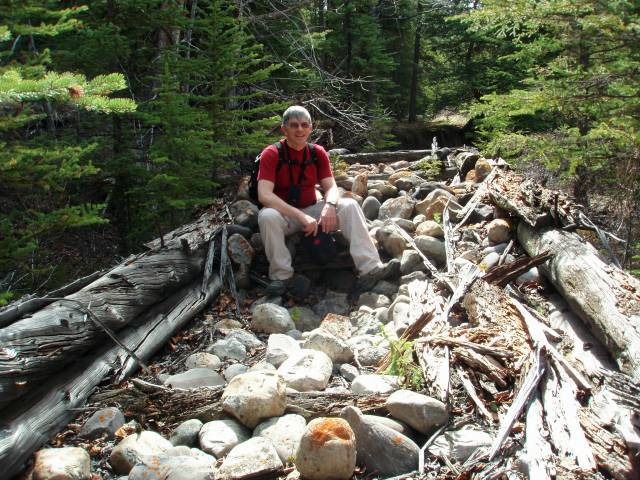 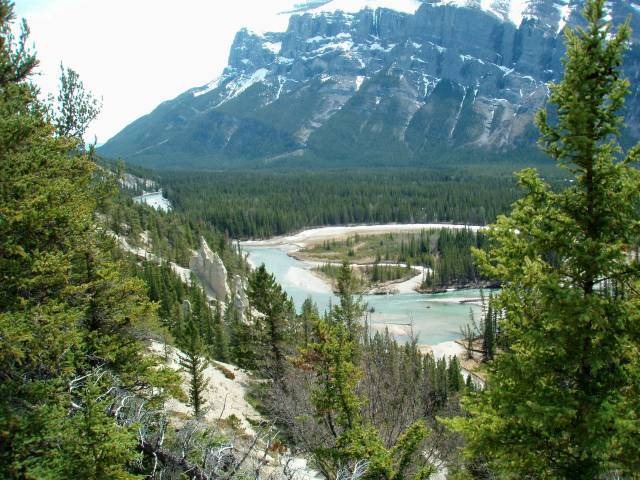 Since the Anthracite access is just off Tunnel Mountain Road, a decision is mutually agreed upon to dedicate the afternoon for exploration of the Banff Hoodoos on this incredibly beautiful day before some shopping in the very busy Town of Banff prior to the return trip to Calgary, Alberta, Canada. 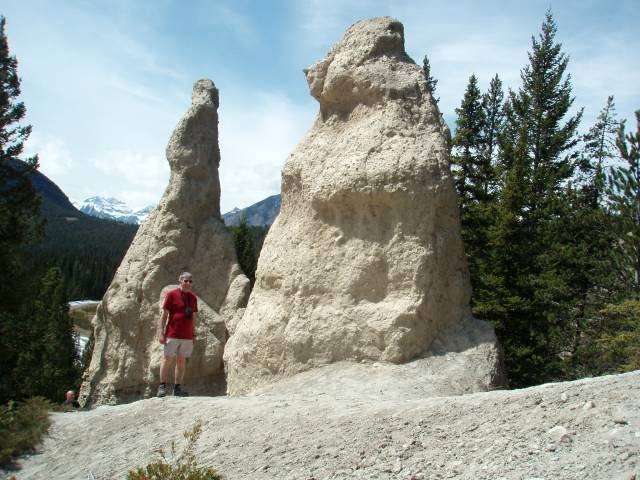 Up close and personal to the Banff Hoodoos in Banff National Park, Alberta, Canada

A view of Banff Hoodoos from below 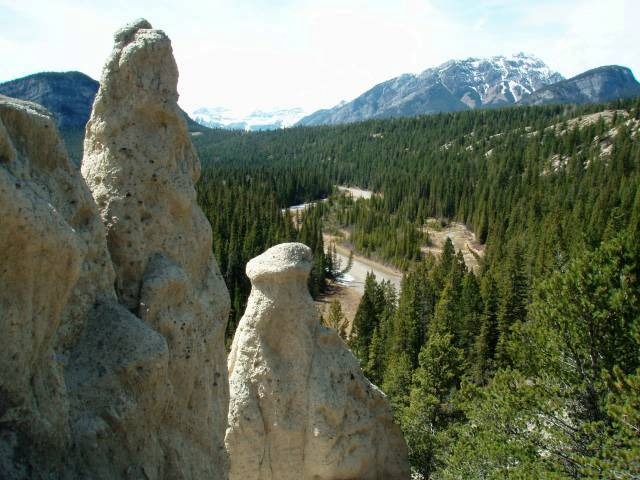 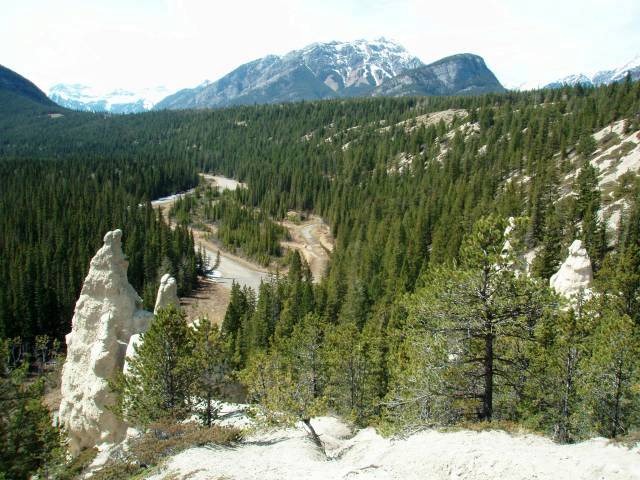 The view of Banff Hoodoos from near the Tunnel Mountain Road

There is no photo of the historical plaque which remains undiscovered.

The Parks Canada Visitor Center in the Town of Banff could not provide the location.