By Barry 25 / Apr / 2010
The first full day in Arizona is for light hiking and bidding a fond farewell to rafting friends.

Lee's Ferry, Horseshoe Bend and Lake Powell
Canadian friends have arrived in Page, Arizona and there is excitement about their imminent raft trip down the Colorado River through the Grand Canyon.
The opportunity presents itself to join them on the rafting adventure but this trip's hiking plans are firm.  The orientation is interesting and there is an opportunity to join them for the send-off at Lee’s Ferry, about 35 miles (56 KM) south of Page. 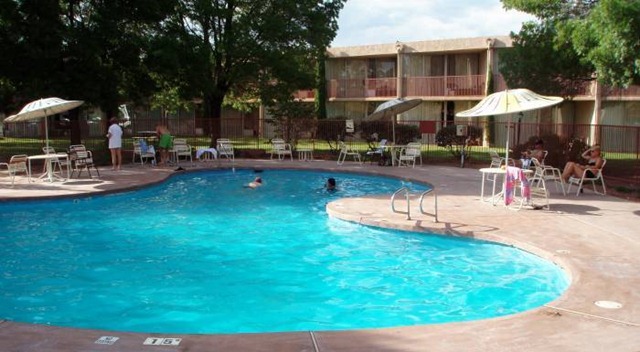 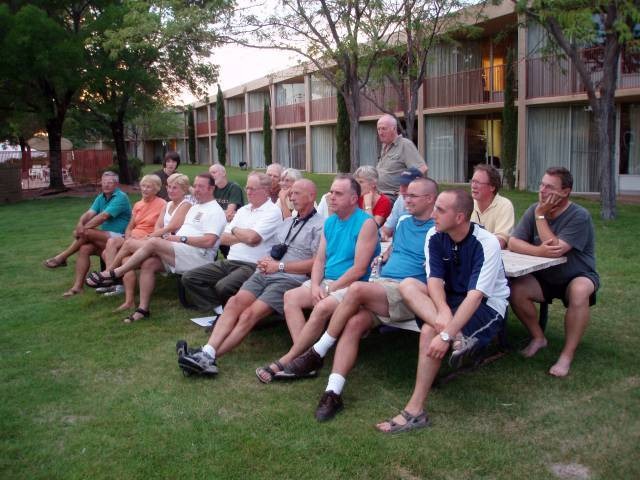 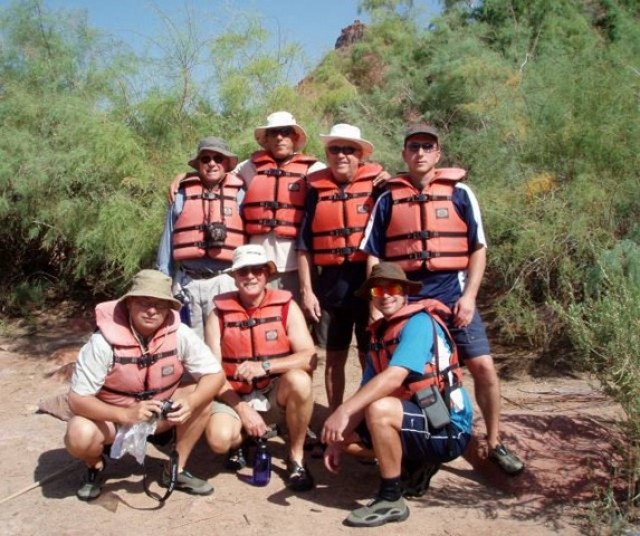 The Quality Inn parking lot hosts the early morning loading of gear and rafting participants into a large bus for the drive south on Highway 89, then west on 89A to Lee's Ferry,  just north of Marble Canyon and 15 river miles (24 KM) south of the Glen Canyon Dam which holds back Lake Powell at Page, Arizona, USA. 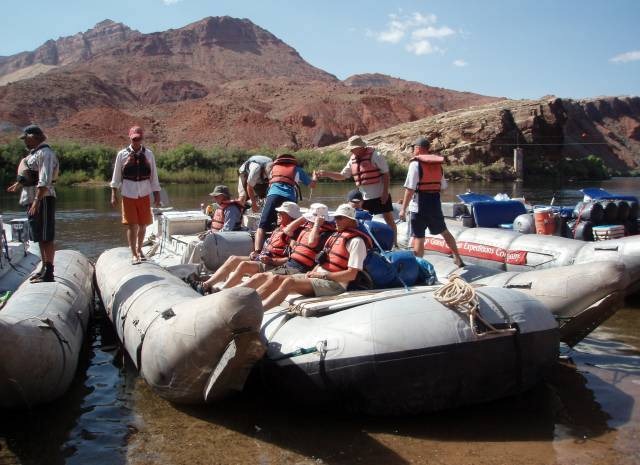 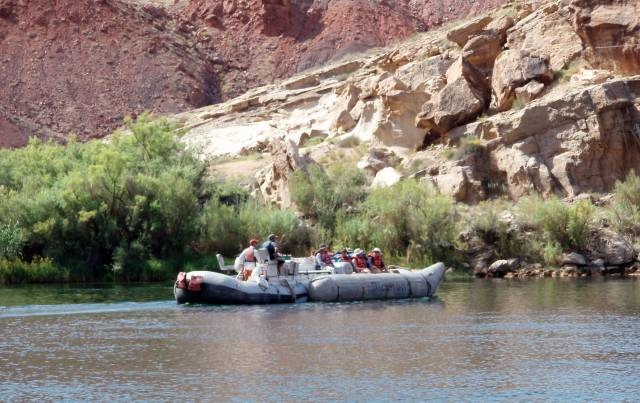 Lee’s Ferry was established in 1871 by Mormon settler John D. Lee near the confluence of the Paria and Colorado Rivers.  The Colorado River was much different then without the Glen Canyon Dam and water flow was far more unpredictable.
John Lee traveled a lot so the ferry service was primarily operated by one of his 17 wives, Emma Lee.  John Lee was executed by firing squad on March 23, 1877 for his part in the 1857 Mountain Meadows Massacre of 120 emigrants near St. George, Utah.
In 1879, Emma Lee sold the ferry service for 100 milk cows to the Mormon Church who continued to operate it until 1910 when it was taken over by Coconino County, Arizona.
Today, Lee's Ferry is a sophisticated campground plus boat and raft launching facility that annually starts thousands of adventurous souls on the experience of a lifetime.  Lee's Ferry also marks the official beginning of the 277-mile-long (443 KM) Grand Canyon.  It is interesting to listen, watch and capture documentary photographs as rafts are loaded and final instructions are issued by the crew.  The rafts are away at 10:30 AM.
The few photos following were forwarded from participants of the rafting adventure as evidence of their leisurely float down the Colorado River. 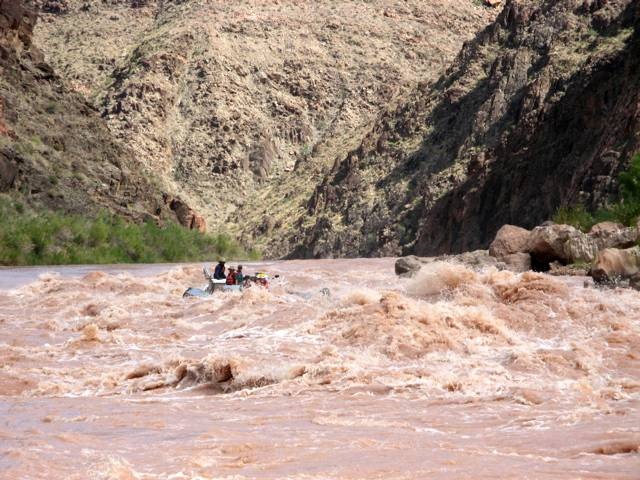 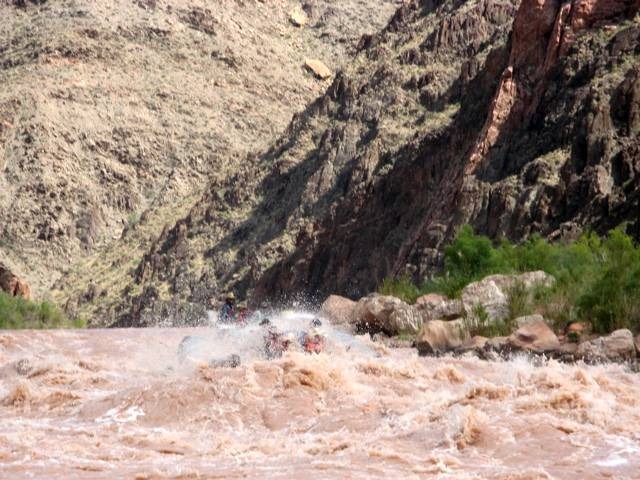 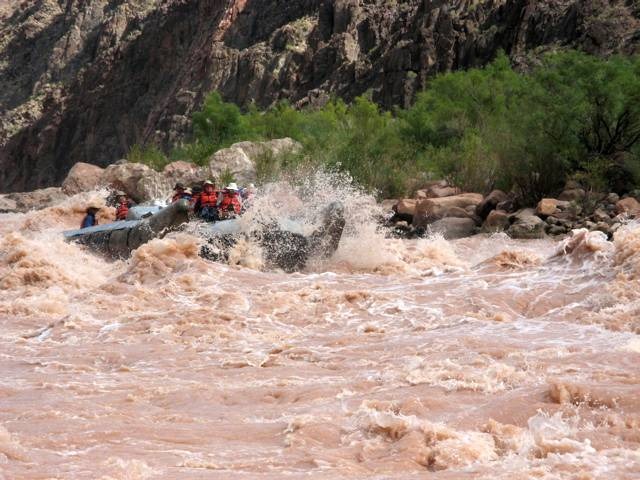 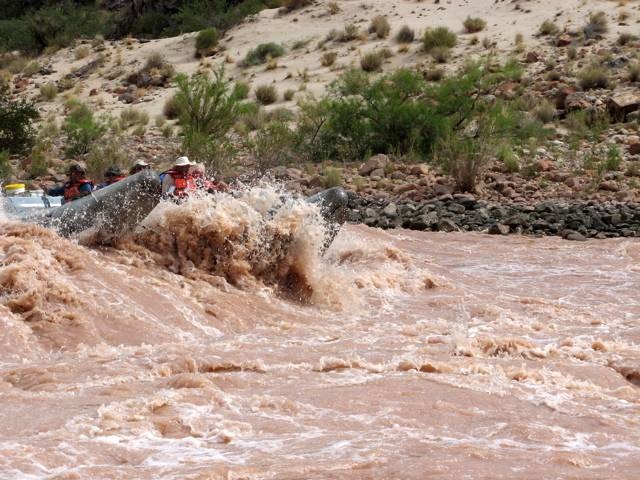 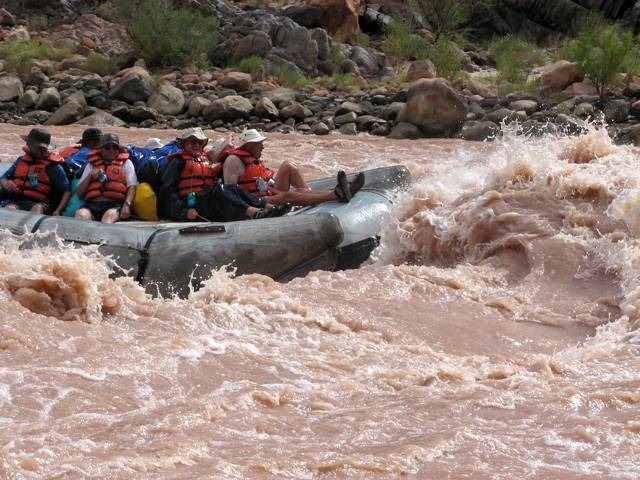 Along the return drive to Page, there is a short hike from the highway to Horseshoe Bend for a scenic opportunity to look deep into the canyon at a beautiful bend in the Colorado River.
Best efforts are made to capture compromised photographs, standing on the edge of the canyon precipice, at the highest point possible to access. The camera lens is not quite wide enough to capture the entire image.

The afternoon is dedicated to sightseeing at Wahweap Marina and around the west shore of Lake Powell, a few miles north of Page.  The leisurely afternoon of sightseeing is spent along the shoreline of this recreational lake created by the construction of the Glen Canyon Dam.
There are huge land and water based recreational opportunities in this area.  Lake Powell is a goldmine of scenic and adventure based opportunity but there is controversy about it's effect on the Colorado River eco-system. 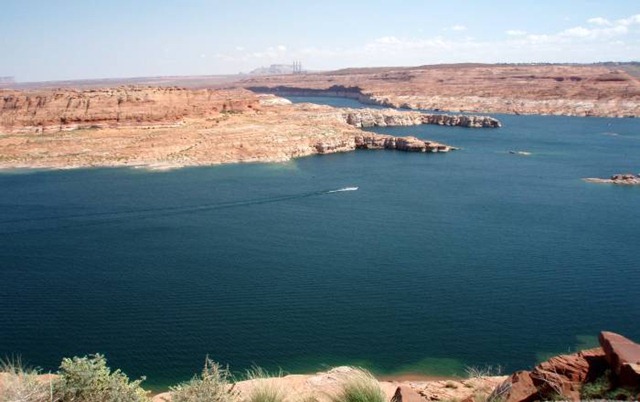 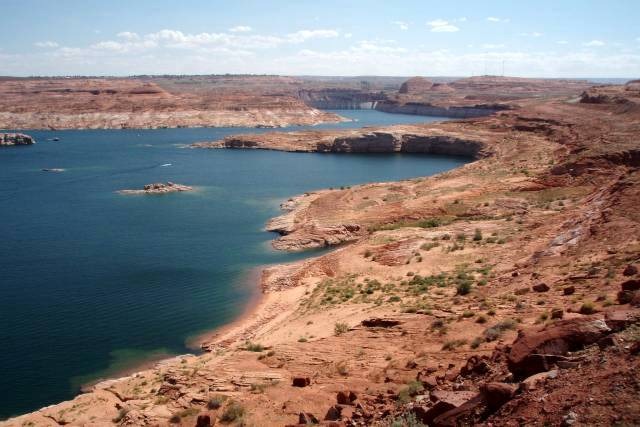 Tomorrow will be a busy day dedicated to touring the Upper and Lower Antelope Slot Canyons a short distance to the south-east of Page, Arizona, USA.